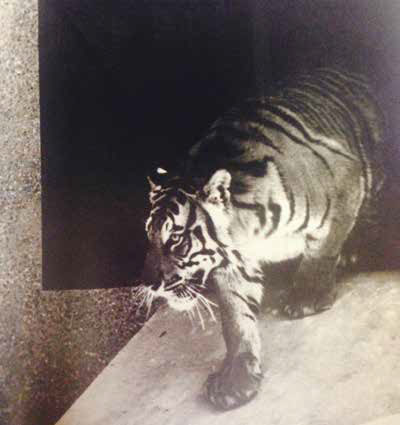 They raised $750, collecting 25 cents from each student, and purchased a two-hundred pound, one-year-old tiger from the Little Rock Zoo. The cub was born on October 10, 1935, and was originally named Sheik. His name was changed in honor of Chambers, the man most responsible for bringing him to LSU.

Following Mike’s death, a fund was established to perpetuate his memory by mounting his pelt in a lifelike manner and displaying him at the university’s Louisiana Museum of Natural History, where it remains to this day.