Coastal Champion: Nancy Rabalais is unstoppable in her pursuit to protect the Gulf of Mexico 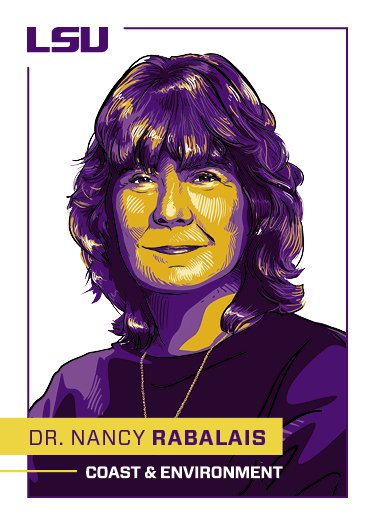 For coastal communities along the Gulf of Mexico, its waters represent the cultural and economic lifeblood of the region. Many families have worked in the fishing industry for generations and are very attuned to changes to the Gulf. According to LSU Professor Nancy Rabalais, local shrimp trawlers in the northern Gulf began noticing a mysterious decline in their catch rates as early as the 1970s. By the 1980s, fishers and scientists knew the marine life there was suffocating from low oxygen but did not yet understand the causes and what could be done to solve this problem. Rabalais was determined to find out.

For more than three decades, Rabalais has studied the hypoxic zone, a large region of water in the Gulf of Mexico where oxygen levels are so low that marine organisms cannot survive in it. As a marine ecologist and professor in the LSU Department of Oceanography & Coastal Sciences, Rabalais’ collaborative research has documented and tracked the links between deoxygenation, or hypoxia, in the Gulf of Mexico and agricultural practices that are increasing the amount of harmful nitrogen and phosphorus in the Mississippi River. Her findings have led to federal legislation concerning the diminished water quality.

The daughter of a mechanical engineer who worked for an oil company, Rabalais spent much of her early life in Texas. She earned bachelor’s (1972) and master’s (1975) degrees from Texas A&I University in Kingsville and a doctorate (1983) from the University of Texas.

By 1983, Rabalais had moved to Louisiana and begun working for the Louisiana Universities Marine Consortium, or LUMCON. In 1985, LUMCON received a grant to study low oxygen in the Gulf and Rabalais was put in charge of a team that included highly respected LSU professors Gene Turner and Bill Wiseman. On their first summer research cruise, which spanned the Mississippi River Delta to Texas and beyond, they found and measured a sizable area of low oxygen that covered the broad expanse of the Louisiana continental shelf.

“ It was a big deal because nobody had actually measured it that way before. ”

“It was a big deal because nobody had actually measured it that way before. Other researchers had monitored from Mobile Bay to the Atchafalaya, but we did the whole Louisiana inner shelf and determined the area of the low oxygen zone,” she said.

But what was causing it?

Rabalais and her team discovered that this coastal deoxygenation was being caused primarily by agricultural fertilizer runoff flowing down the Mississippi River and into the sea.

“Agriculture is the major driver because you have ag on so many millions of acres with runoff ending up in the Mississippi, and with infiltration and leaching, fertilizers affect both groundwater and surface water,” said Erin Meier, a sustainable agriculture expert and director of Green Lands Blue Waters, an organization based in Minnesota in which LSU is a founding partner.

The nitrogen and phosphorous from the fertilizer flow into the ocean, which fuels an explosive plant growth in the form of algal blooms. When the algae die, the decomposition process chokes the oxygen supply, making the area uninhabitable for bottom-dwelling marine organisms, such as shrimp, crabs, burrowing worms, and clams. If the organisms can swim away, they will. Organisms that cannot escape eventually suffocate and die. The loss of these bottom-dwellers means less food for larger marine organisms, such as fish, reducing their population growth and forcing them to alter migration patterns away from the area. And, the process is accelerating. 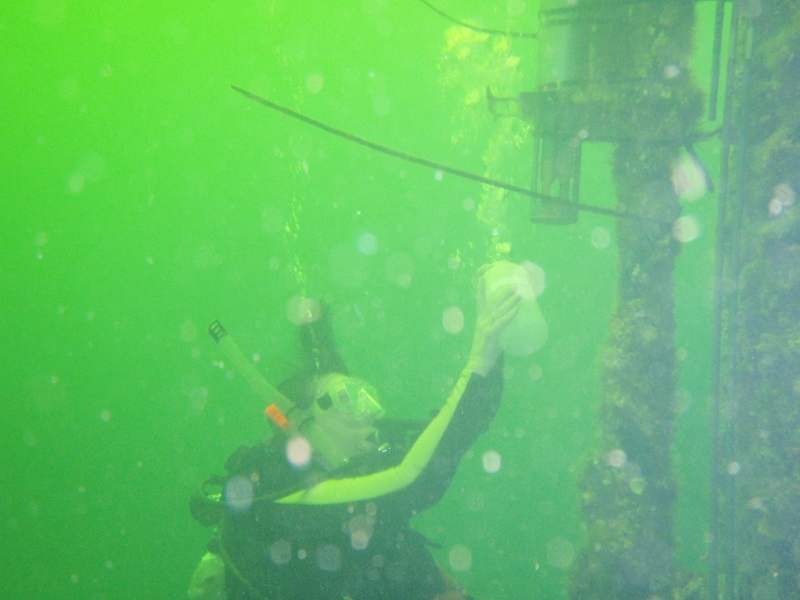 Nancy Rabalais takes water samples in the hypoxic zone. The abundant presence of phytoplankton, a type of microscopic marine algae, has tinted the water green. 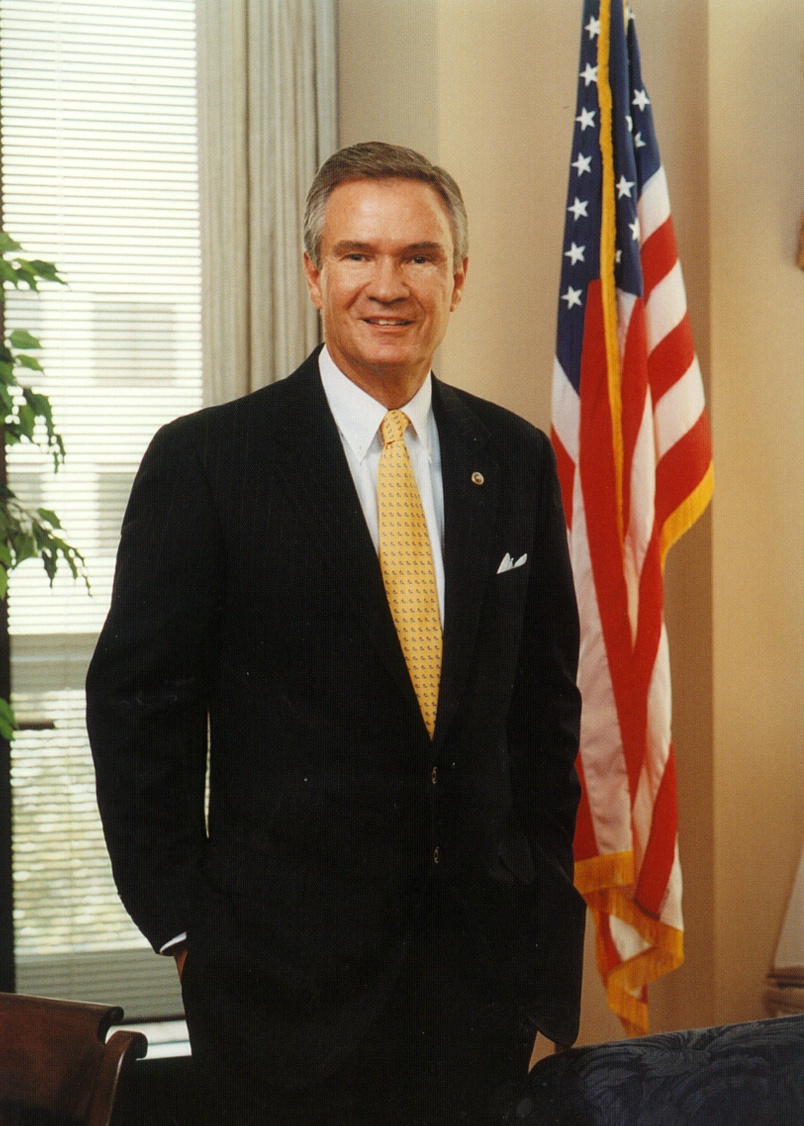 By 1997, political interest in the hypoxic zone had grown. Louisiana Senator John Breaux (D) had begun collaborating on a bipartisan effort with Maine Senator Olympia Snow (R), who was planning to introduce the Harmful Algal Bloom Research Control Act to Congress. But Breaux wanted to expand its scope to include hypoxia, so he invited Rabalais to testify before Congress on her findings in the “Dead Zone.” Her expert testimony contributed directly to the passage of The Harmful Algal Bloom and Hypoxia Research and Control Act of 1998, which appropriated funds for the National Oceanic and Atmospheric Administration (NOAA) to mitigate the harmful effects of algal blooms and hypoxia.

“Dr. Rabalais’ extensive research efforts have made foundational contributions to our understanding and management of Gulf hypoxia,” said Steve Thur, NOAA’s representative on the Gulf Hypoxia Task Force and Director of the National Centers for Coastal Ocean Science. “In particular, her research cruises over several decades to measure the size of the hypoxic zone are an essential long-term data set upon which NOAA and the Gulf Hypoxia Task Force relies to understand how the size of the hypoxic zone has changed over time due to natural and human-induced factors. Her research has been a key factor in efforts to reduce nutrient inputs to the Gulf."

Since then, Rabalais’ prolific outreach efforts have included lecturing throughout the U.S. about the effects of hypoxia; testifying several more times before Congress; and working with federal, state, and tribal agencies on plans for improving water quality in the Mississippi River Basin. In 2011, Rabalais received a Heinz Award for her innovative contributions to the environment, and in 2012, she received a John D. & Catherine T. MacArthur Fellowship, which is also known as the "Genius Grant." In 2021, she was elected to the most prestigious scientific society in the U.S., the National Academy of Sciences. She is one of the 59 women (out of 120 new members) elected, which is the largest number of women ever elected to the academy.

However, the momentum from the government to tackle the problem of hypoxia seems to have waned. In 2001, The Mississippi River/Gulf of Mexico Watershed Nutrient Task Force established a national strategy to reduce the size of the hypoxic zone to 1,900 square miles by 2015. As that date neared, the taskforce extended it to 2035. Unfortunately, as of 2021, the forecasted size of the “Dead Zone” was 4,800 square-miles, still two and a half times larger than the Hypoxia Task Force goal.

Furthermore, in years past, Rabalais was able to take continuous measurements of oxygen, salinity, temperature, and currents within the “Dead Zone.” Now, due to reductions in funding, she is limited to station-by-station data collected during her research cruises each July. Nonetheless, her work continues.

“ I have to keep hoping…All I can do is try to keep educating. ”

“I have to keep hoping," Rabalais said. "All I can do is try to keep educating."

There is still a wealth of data out there, and Rabalais is determined to get it, despite enduring injury and extreme challenges that would stop many. For example, on one research cruise, a strong wave threw her out of her top bunk while she was sleeping and onto the floor where she landed on her arm. As a result, she had to wear a sling for the rest of the trip. Her research colleagues thought they should turn around and go home, but Rabalais kept working. Later, another wave slapped the side of the research vessel, came through the port hole, and splashed on top of her open computer, frying it. Still, she refused to turn back. Despite it all, she got the data she needed. Her drive to learn and do more is unstoppable.

“All along, people have called these 'monitoring cruises,' but I resist that because we get so much good science on these cruises by asking new questions every time when we go out with our collaborators. So, I say this is not just ‘monitoring.’ It’s a series of research cruises with which to test hypotheses,” Rabalais said. She continues to publish new research and her scientific papers have appeared in Nature, Science, Proceedings of the National Academy of Sciences, BioScience, and Biogeosciences. 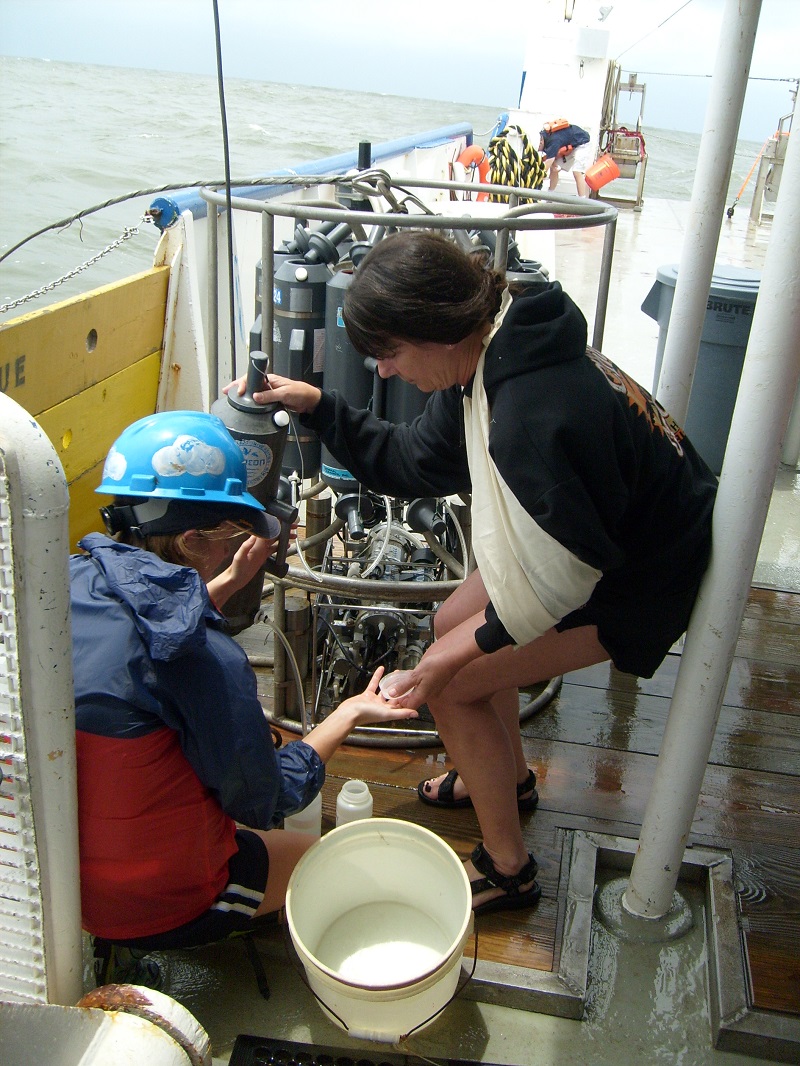 Nancy Rabalis working with an injured arm in a sling during a research cruise to the hypoxic zone. 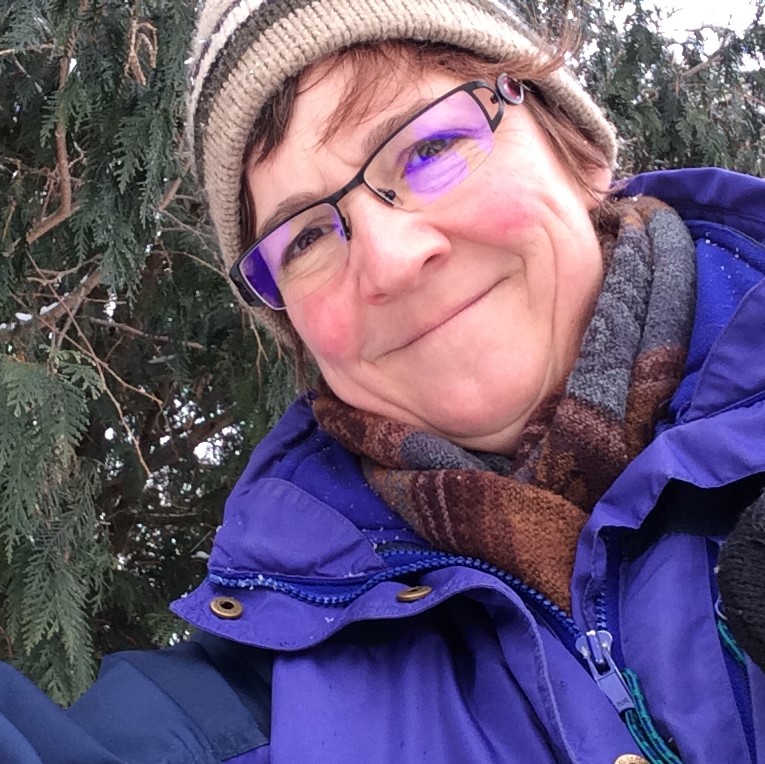 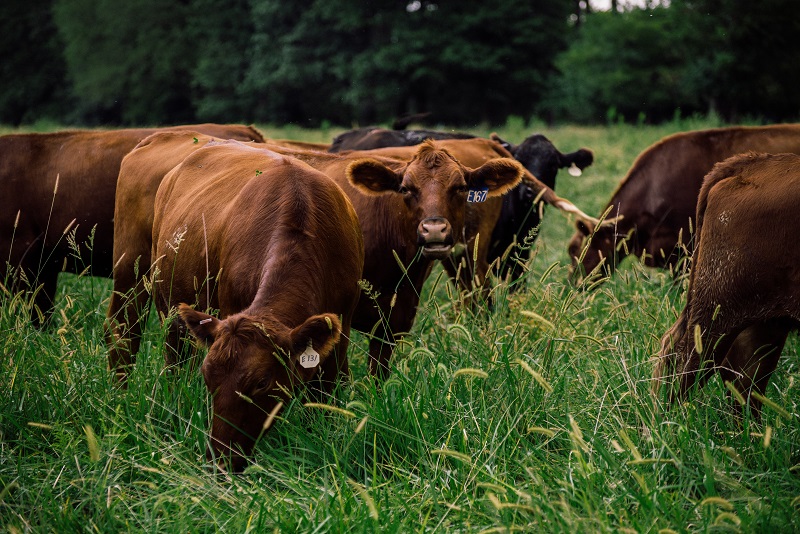 According to Erin Meier, a sustainable agriculture expert and director of Green Lands Blue Waters, agricultural practices can be more sustainable and better for the environment by incorporating continuous living cover cropping systems, such as these five strategies that keep roots in the soil year-round and help to prevent water, soil, and fertilizer runoff from entering the Gulf of Mexico and oceans worldwide.

“Continuous living cover strategies are approaches to production that build farm businesses, as well as nurture the natural resource base,” Meier said.