A career that drives public progress.

For more than 40 years, the LSU Department of Public Administration has prepared leaders for careers in public service. Our Master of Public Administration (MPA) program provides outstanding educational opportunities for those already in the workforce who wish to advance their careers and those who seek an MPA immediately after earning their undergraduate degree. Our graduates are successful in the public, non-profit, and private sectors — they work for the federal, state, and local governments, are legislators and attorneys, work as staff on Capitol Hill, and hold key positions with national healthcare providers, among many other varied accomplishments. Our faculty members are highly energetic, student-oriented, and nationally recognized for expertise in their fields. Every faculty member brings academic integrity, professional training, and real-world experience to the classroom.

The MPA program is a 36-hour degree program that emphasizes management, financial, and public policy expertise for those leading public agencies, non-profits and healthcare organizations, federal, state, and local governments, and for-profit organizations that interact with ​​governmental agencies. We offer two paths to earning an MPA.

The JD/MPA is designed for students who intend to concurrently earn both a Juris Doctor and a Master of Public Administration. The degree is offered through the LSU Paul M. Hebert Law Center and the E. J. Ourso College of Business. 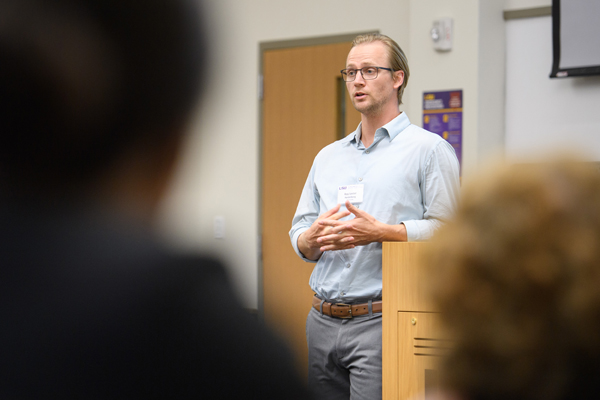 Our researchers examine organizational, administrative, and policy sciences as they apply to government and governance. Public administration researchers are called to delve into controversial issues while remaining neutral. 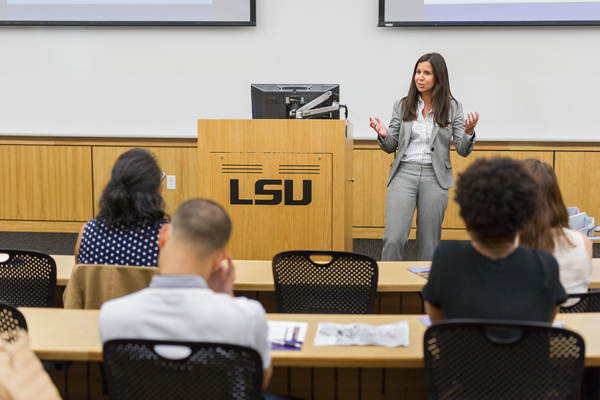 Our internationally recognized faculty are leaders in their fields and dedicated to sharing their knowledge and real-world experience with their students. Our faculty pride themselves on being actively engaged and accessible to students.

Of MPA graduates attribute their promotion/salary increase to earning an MPA. 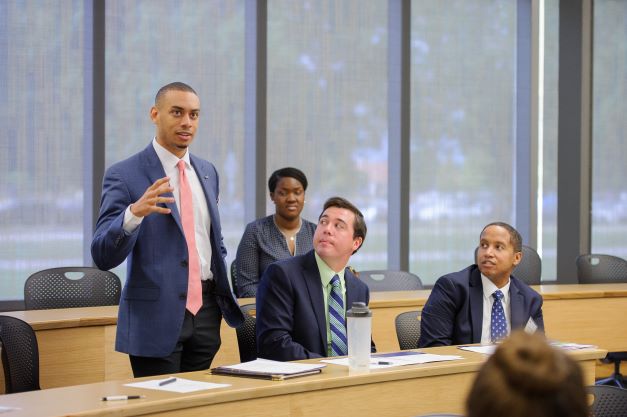 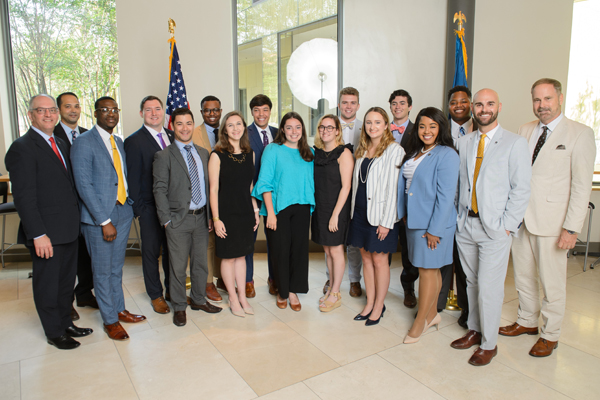 This program allows students to experience public policy in action, learn about the Louisiana government's rich history and current affairs, and earn three credit hours of academic credit. Department of Public Administration faculty teach the program, and each Fellow is assigned to a local cabinet-level agency to collaborate with leaders on existing projects.

Learn More About the Program 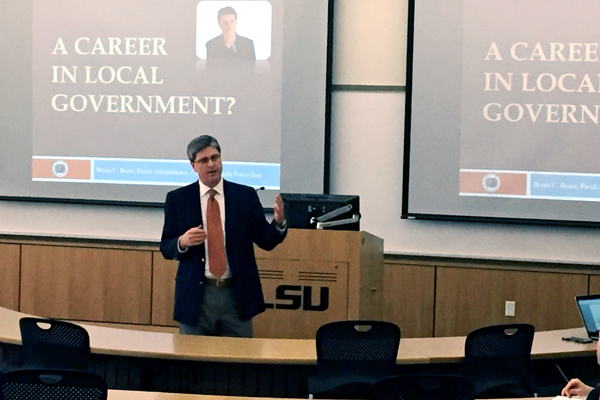 Experiential learning opportunities are an essential part of the curriculum. Internships, required for pre-service students, provide exposure to the working world in a governmental agency, non-profit, or private organization that interfaces with the public sector. Students already working in the public sector will complete a practicum with their employer. 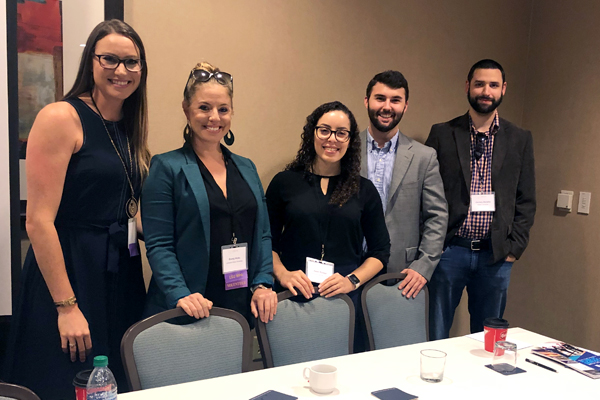 Students from the LSU MPA Program are invited to present at various conferences, participate in competitions, or are tapped to join prestigious fellowship programs. Opportunities include:

In honor of Professor James Richardson’s 40-year commitment to the success of the Department of Public Administration, the LSU Foundation, along with the E. J. Ourso College of Business and the Department of Public Administration, created the James A. Richardson Endowed Fund. The endowment is used for ​​general support of the department and funds activities like student attendance at professional development conferences and faculty research support. 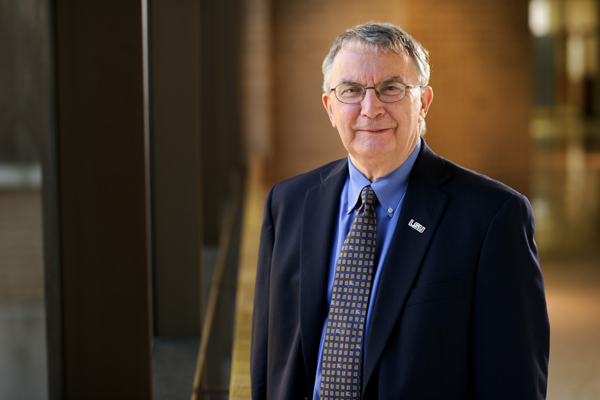 As one of the founders of the department, Professor Emeritus James Richardson demonstrated a steadfast commitment to the success of the LSU Department of Public
Administration throughout his 50-year tenure as a professor.

Richardson is also a longtime figure on Louisiana’s Revenue Estimating Conference, a panel that determines the revenue outlook for future fiscal years and includes the governor, speaker of the House of Representatives, and president of the Senate. He has counseled numerous governors over the years – including serving as financial advisor to former Governor Buddy Roemer – and has played a major role in revenue policy and tax reform initiatives throughout the state’s recent history. Richardson’s reach has also extended beyond Louisiana’s borders as he has worked on a comprehensive tax study for the state of Kansas and served as an advisor to Alabama’s Department of Revenue.

Invest in the Endowment Fund

The advisory council is a committee of volunteers established to promote and support the Department of Public Administration's educational programs and strengthen its role within the college, university, and community. This includes interacting with faculty and students, commenting on curriculum and materials being covered in the programs, providing networking for faculty and students, and enhancing the overall program of the Department of Public Administration. 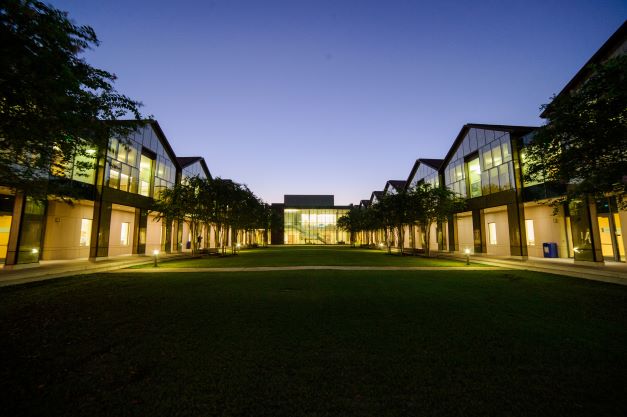 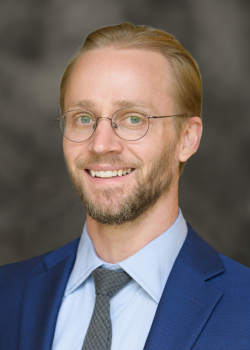 Follow the Department of Public Administration activity on our social media channels.