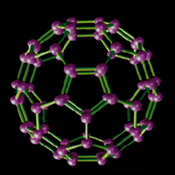 Topics under investigation in atomic theory by this group include scattering, excitation, and ionization in electron-atom and electron-ion collisions, atoms in strong fields, and photo

absorption. The roles of correlation, resonance, and relativistic effects are studied.

Schafer and Gaarde work on intense laser effects on atoms, including multiphoton ionization, high harmonic generation, and the production of attosecond pulses. This group has strong ties to several experimental programs in the US and in Europe. Working with faculty members in this group are postdoctoral associates and a number of graduate students.

Rau's primary research interests in atomic physics are in understanding highly correlated motions. These may be the motions of an electron in an atom under the simultaneous strong influence of an external field in addition to the internal electric field in the atom. He also studies problems involving strong time-dependent electromagnetic fields.

In addition, there are ties to the experimental work in atomic physics in the Department of Chemistry, particularly in the laboratories of John B. Hopkins and Erwin Poliakoff, and Boyd Professor Sean McGlynn. Students from the department in Poliakoff's group study vibrationally resolved excitation of small molecules with photons of energy 10-200 eV at the CAMD synchrotron facility.

Dowling leads the Quantum Science and Technologies Group, in the Hearne Institute for Theoretical Physics, which carries out research in quantum optics, quantum information theory, and photonic band-gap materials development.

O'Connell studies a variety of problem in quantum optics, and nonequilibrium statistical mechanics. Dissipation, fluctuation, and entanglement phenomena in quantum mechanics are a common theme in most of his research. Particular emphasis is given to quantum measurement theory, decoherence and decay of entanglement.

Wilde is seeking to determine the ultimate limits imposed on communication and computation by the laws of quantum mechanics. He is the author of the leading textbook "Quantum Information Theory", published by Cambridge University Press, which summarizes the state of the art of the quantum theory of communication. Wilde has also contributed to quantum error correction and quantum computational complexity theory.

In addition, there are ties to experimental work in opto-electronic devices in the Department of Electrical and Computer Engineering, particularly in the laboratory of Theda Daniels-Race, as well as ties to the photonic band-gap theory work in the Department of Mathematics, carried out by Stephen Shipman.