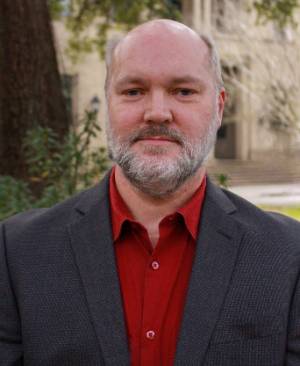 My general field of interest is Medical Physics. In particular, I am interested in the physics of medical imaging -- the application of ionizing and non-ionizing radiation to visualize in vivoanatomy and physiology. Secondary interests include the application of imaging techniques to basic research in other fields (e.g., biology, veterinary science, engineering, etc).

My research principally deals with detector systems for radioisotope imaging - - that is, using the gamma-ray emissions of internally-distributed radiopharmaceuticals to visualize in vivo physiology, pathophysiology and metabolic processes. Because of our program's extensive involvement with radiation therapy physics, I'm also involved with radioisotope imaging techniques applied to radiation therapy.

What is Medical Physics

If you want the circular definition, "medical physics" is the field of physics as applied to medicine. But that isn't very informative.

A better definition can be found in the AAPM brochure The Medical Physicist:

"Medical physics is primarily an applied branch of physics. It is concerned with the applications of the concepts and methods of physics to the diagnosis and treatment of human disease. It is allied with medical electronics (the development of medical instruments), bioengineering (the application of engineering principles to biology and medicine), and health physics (the assessment and control of radiation hazards).

"Several distinct professional areas have emerged for the medical physicist. These include, for example, the application of ionizing radiation to medical diagnosis and therapy (radiological physics); bioelectrical investigations of the brain and heart (electroencephalography and electrocardiography); and the medical uses of infrared radiation (thermography), ultrasound (sonography), nuclear magnetic resonance (magnetic resonance imaging), heat (hyperthermia for cancer treatment), and lasers (for laser surgery).

"Medical physics thus is a broad, multidisciplinary field. The branch of medical physics with which most people are familiar is diagnostic imaging physics -- almost everyone has gotten x-rays during medical or dental checkups. Each year, many people receive CT and MRI scans, PET and SPECT scans, and ultrasound exams. All of these imaging modalities are the result of many years of research and development by medical physicists."

I received a B.A. degree (majoring in Chemistry and Physics) from Austin College (Sherman, TX) in 1990. In 1997, I received a Ph.D. in Medical Physics from The University of Chicago (Chicago, IL). From early 1997 through July 2001, I worked as clinical and research physicist at Rush-Presbyterian-St. Luke's Medical Center in Chicago. I received my clinical certification in medical nuclear physics from the American Board of Radiology in June 2001.

I joined the faculty of the Department of Physics and Astronomy at LSU in August 2001. My role is to provide medical imaging expertise, teaching, and research to LSU Medical Physics & Health Physics Program.

I am a member of these professional societies:

I serve as a referree and guest associate editor (guest) for Medical Physics. I serve occasionally as a reviewer for other nuclear medical physics journals.

Faculty Advisor for: (Member of 15 other thesis/dissertation committees)