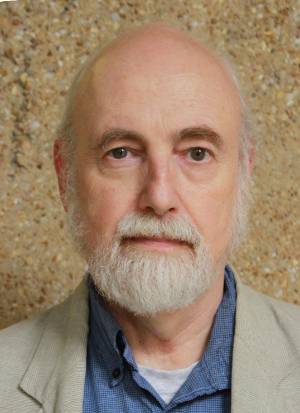 Associate Chair and Professor of Physics

My major research area concerns the behavior of systems of many degrees of freedom whose steady state is far from thermal equilibrium. Examples include fluid motion, chemical reactions, traffic flow, stocks, and biological systems. These systems are composed of many objects, whose individual behavior causes interactions between the objects. In the case of traffic, for example, one can imagine the driving behavior of one driver causing other drivers to alter their behavior, possible resulting in accidents or traffic jams.

For many years, the field of statistical mechanics was the study of predicting the collective behavior of roughly 1023 atoms or molecules. In essence, starting with models for the forces between the water molecules, predict the properties of water. My area of research extends this field to study objects that are rather different from atoms. We want to know: can we use ideas and techniques from statistical mechanics to understand the behavior of these collections of other objects.

I also provide theoretical support (models, calculations, or simulations) for the experimental condensed matter group, as well as occasional forays into other problems in many-body physics.