News and Projects from the Faculty

An Enduring Legacy: Louisiana’s Croatian-Americans, presented by LPB, will premiere nationally as part of Season 2 of Reel South. Join LPB and director/producer James V. Catano on Tuesday, April 18 at 6:30PM for our free screening of An Enduring Legacy: Louisiana’s Croatian-Americans at LPB’s studios, 7733 Perkins Road in Baton Rouge. The film follows the lives of four individuals who embody the 150-year Croatian experience and share in the history of this unique tight-knit oyster farming community. Special guests include John and Jane Tesvich from Plaquemines, who are featured in the film.

Enjoy fresh, delicious Louisiana seafood courtesy of the Louisiana Seafood Promotion and Marketing Board at 6PM. Everyone attending will be treated to a free three-month subscription to LPB Passport. The film makes its broadcast premiere on LPB Friday, April 21 at 9:30PM.

This April 21-23, LSU Faculty Dr. Paolo Chirumbolo (Italian Studies/ Film and Media Arts) will host the 2016 AAIS Conference here on LSU grounds. Founded in 1979, The AAIS is now the largest association devoted to Italian Studies in the world, and anticipates approximately 250 delegates to arrive from Europe, Australia, New Zealand, Canada, and from over one hundred universities in the US for attendance at the conference. Renowned scholars will present papers on the full sweep of Italian culture from the medieval period to the present with a wide array of topics embracing: second language acquisition; linguistics; literary studies; visual arts and film studies; the digital humanities; transmedia and remediation; queer and gender studies; disability studies and medical humanities; environmental studies; the state of the profession; and course-sharing opportunities. The founding mission of the AAIS is to promote interdisciplinary studies and research in Italian at American universities. 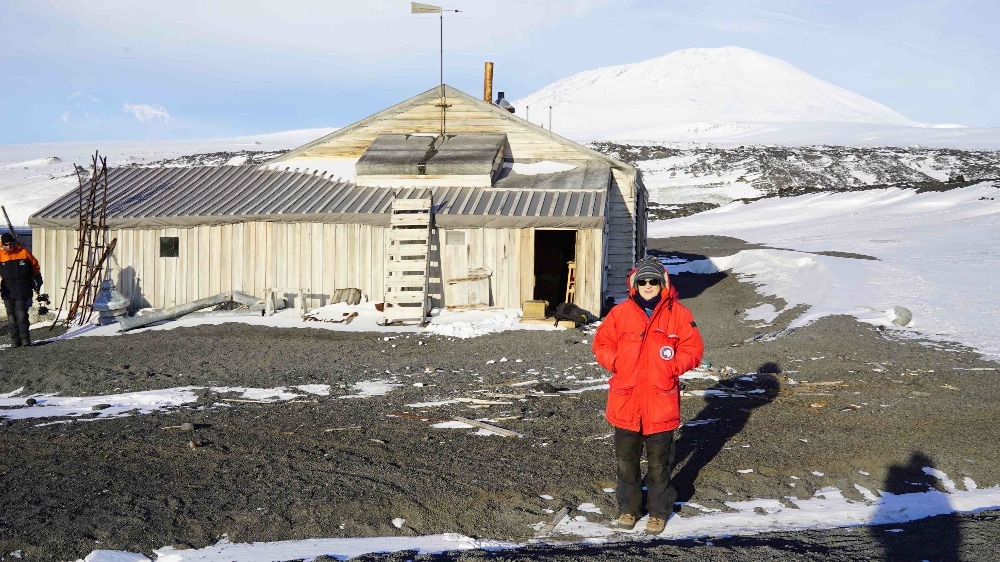 “What was this planet like before we crawled all over it and built big belching things and sucked rock oil out of its guts and dug giant scars out of its flesh to run the big belching things and slaughtered so many of its beasts to maintain our insatiable selves?  Depends on where and when you ask that question.  I am torn here because the human culture of McMurdo and its satellites is so fascinating, and the people so good, so full of life, so wonderfully strange, and all humans are culpable in the brutal beating of our earth, and yet Antarctica could get along just fine without us, thank you.  We really don’t matter here, A big chunk of the Ross Ice Shelf apparently broke off a couple of days ago and opened up a 3-mile gash. Thunk, just like that a 3-mile gap opens up.”

Those words and thoughts, read in the banal warmth of the Film and Media Arts offices in Himes Hall, are a reminder of just how literally wide-ranging our faculty are. Their author, Trish Suchy (Communication Studies/Film and Media Arts) is currently engaged on a film project in Antarctica, a culture and location further south than most of us will ever know—Baton Rouge pales in comparison, interesting moments notwithstanding.

Along with colleague Vince LiCata (Biological Sciences) Suchy is currently engaged in National Science Foundation Antarctic Artists & Writers project that allows her to work with scientists and staff at the U.S. Antarctic Program’s research center, McMurdo Station. In a work titled “Antarctica: Persistence of Vision” the two are recreating modern versions of some of the most iconic photography of the Antarctic continent captured more than 100 years ago during Antarctic expeditions of the “Heroic Age”—but with a few twists.

Like photographers who have followed in Atget’s shoes to retake his iconic photographs of Paris, Suchy and LiCata will both use and play against the ostensible power of the image to capture time. To a photo from the 1910 Terra Nova Expedition showing a dog sled and explorers in heavy wool coats, the Suchy-LiCata photos will bring scientists with a snowmobile in modern parkas doing research at the same location.

But a further twist produces more than simple historical comparison. Using artistic techniques that artists like Bill Viola and Robert Wilson have experimented with, Suchy and LiCata plan to make high-definition “video portraits.” Here the image at first looks like a photograph to the viewer, but upon closer inspection is seen to be slowly moving. Thus the technology of film and media themselves also come under scrutiny, as the team works variations on the video portrait form, using modern technologies in place of historical photographer Herbert Ponting’s still cameras and cinematographs. 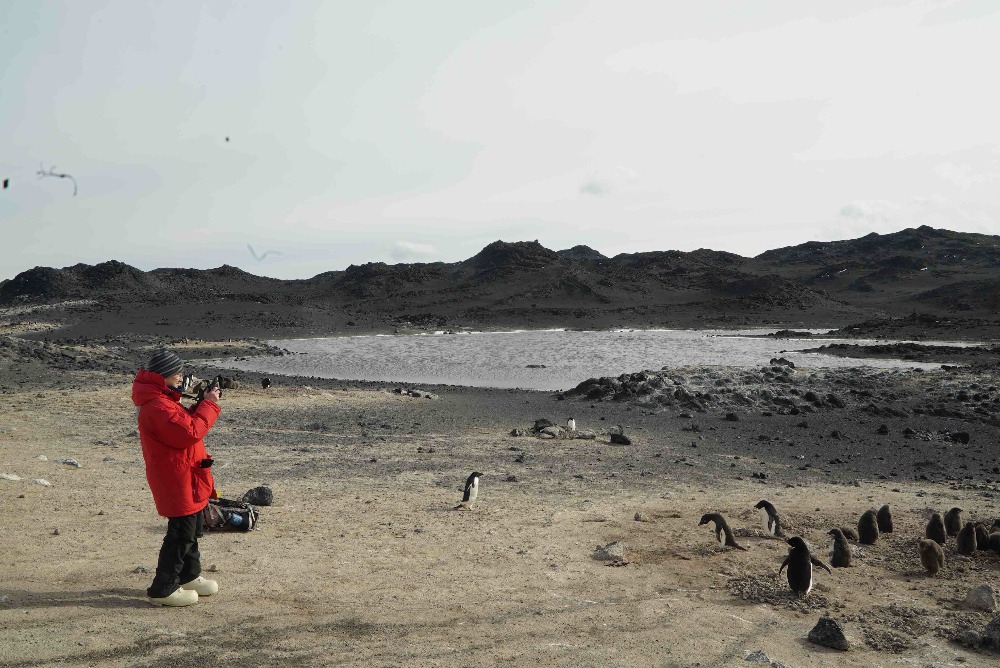 In another mixing of media, Suchy also documents her experience and exploration of the continent through her blog entitled “Beyond the Utmost Bound.” Using this format Suchy furthers her comments on the dynamic moments that are created when nature and technology coexist in a space that seems ageless, doing so form a supposedly time-slowed world that still allows instant connection thanks to twenty-first century technology.

All these media allow Suchy and LiCata to document and re-envision a variety of their and others’ experiences at McMurdo station and expeditions out on the ice. When combined together these filmic and written moments allow us to revisit—and rethink--portraits from history that are supposedly ‘known’ through the camera, and at the same time made strange through their performative moment.

Having worked together on a number of different artistic and performance projects that combine art and science, Suchy’s and LiCata’s work in Antarctica in January culminates nearly three years of proposals, planning, and preparation. Upon returning, they will assemble “Antarctica: Persistence of Vision” for exhibition, and are already in discussion with several interested art galleries. For its part, the National Science Foundation supports the Antarctic Artists & Writers Program as a way to foster communication of the value of ongoing research in Antarctica and further understanding of the continent. The Division of Polar Programs in the National Science Foundations’ Geosciences Directorate manages the U.S. Antarctic Program, through which it supports all U.S. government research in Antarctica and aboard ships in the Southern Ocean. 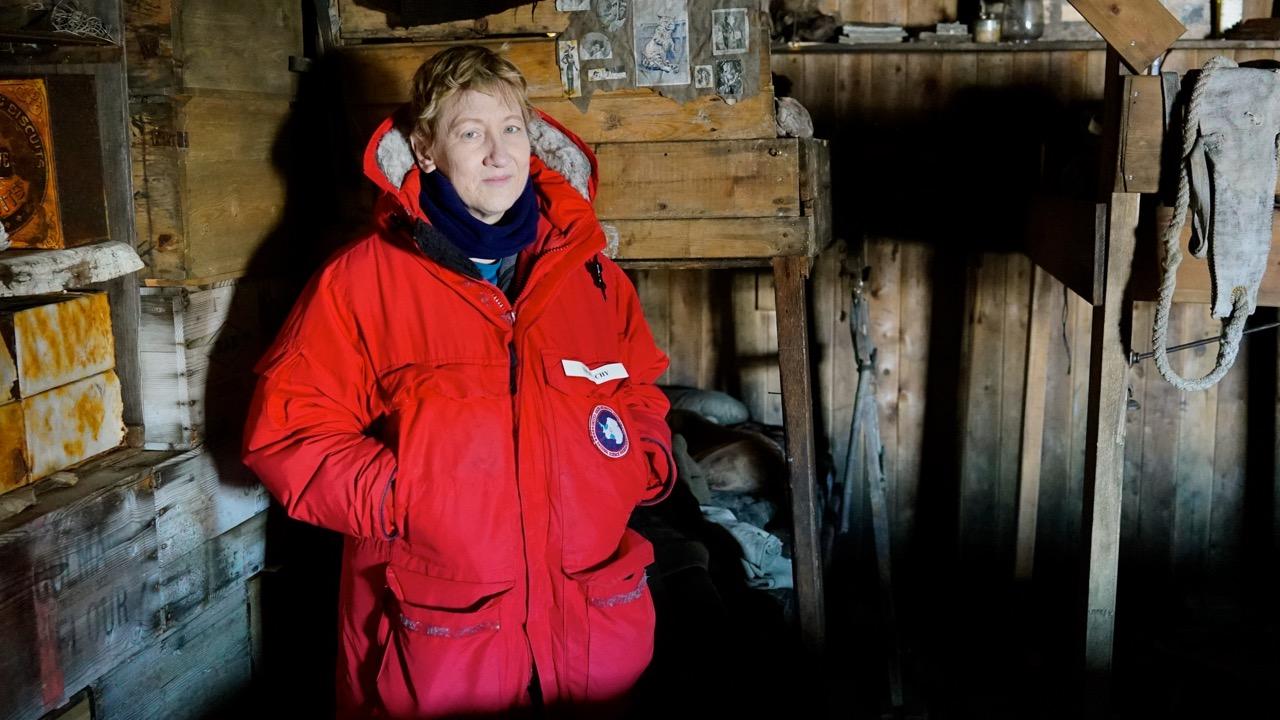 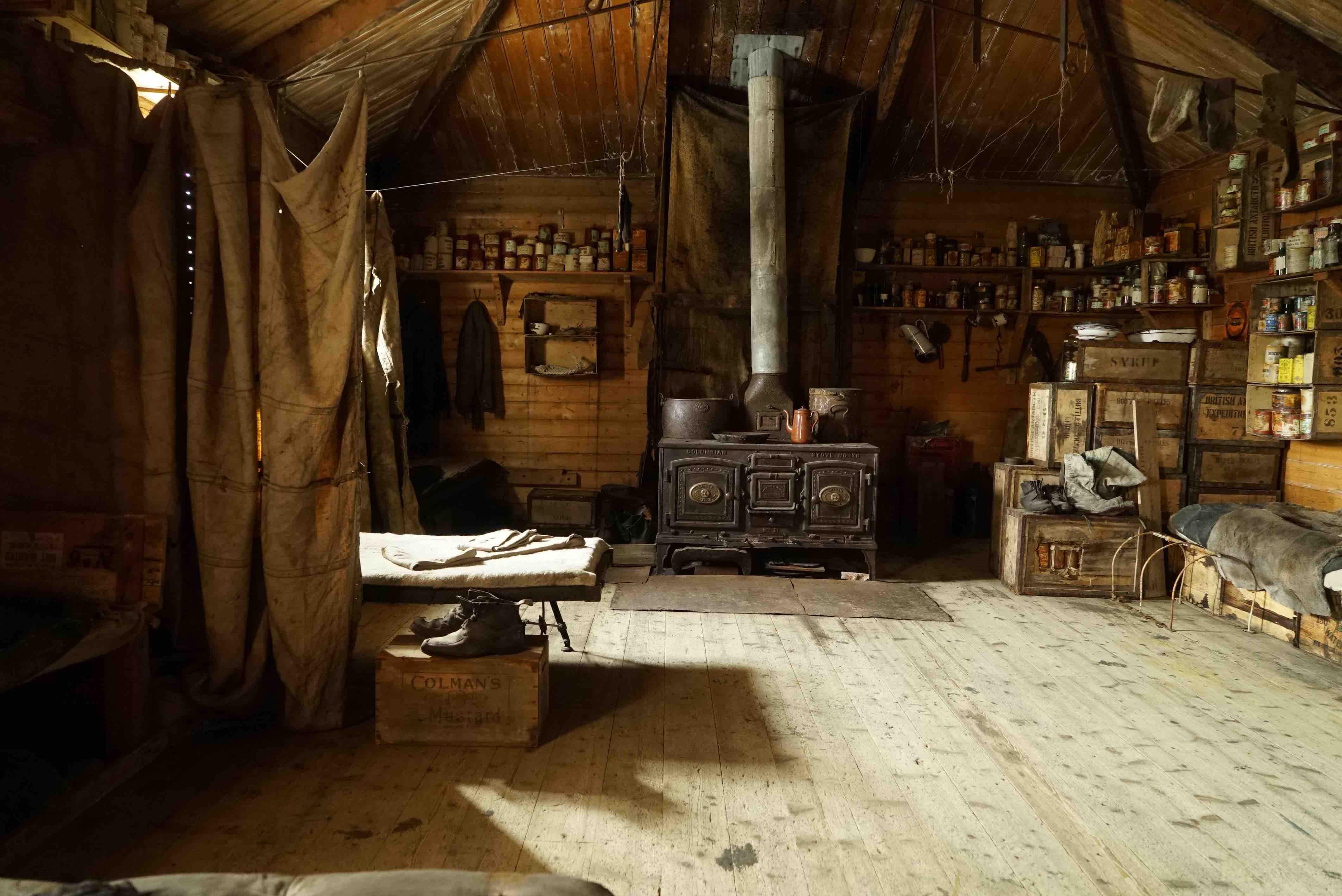 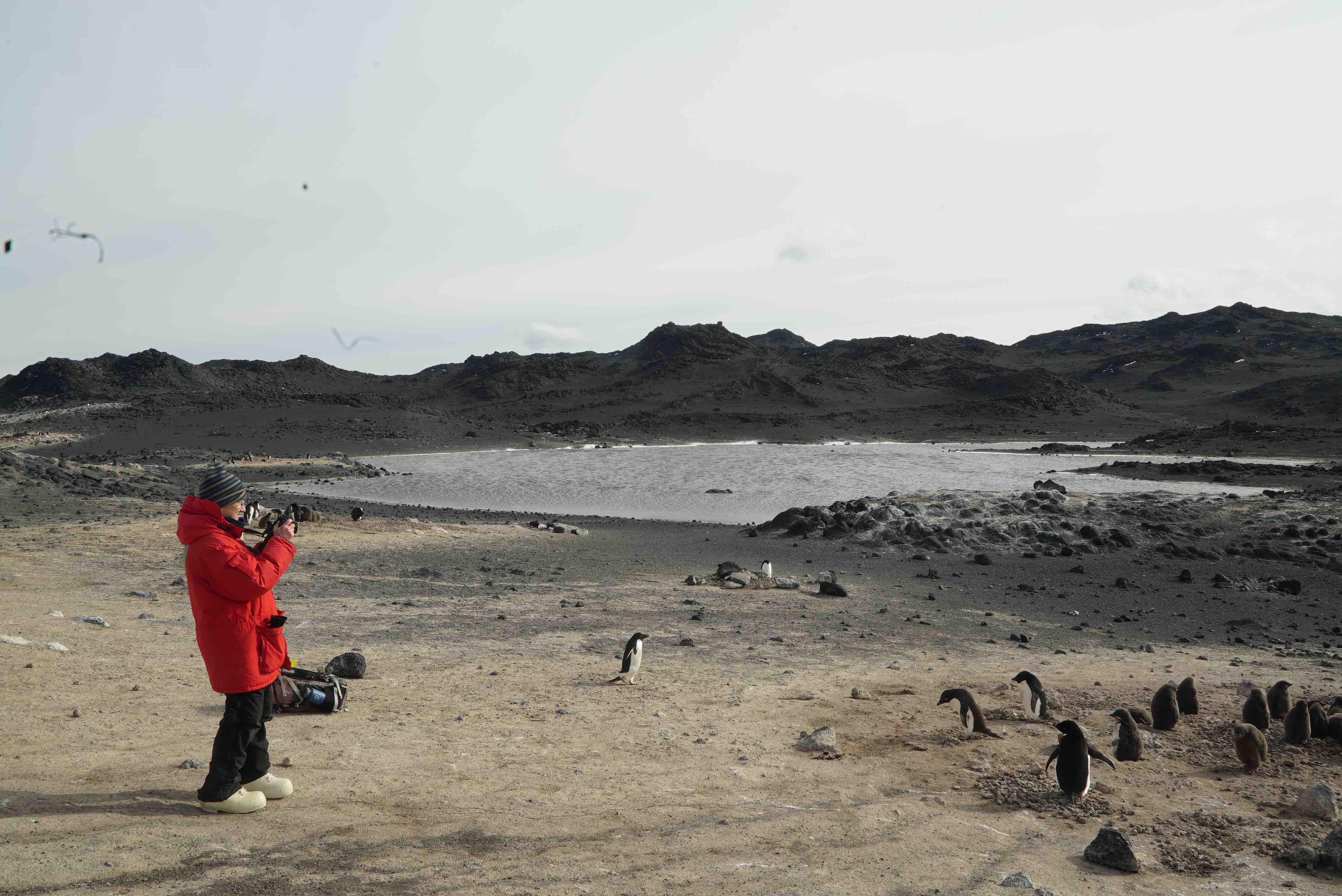 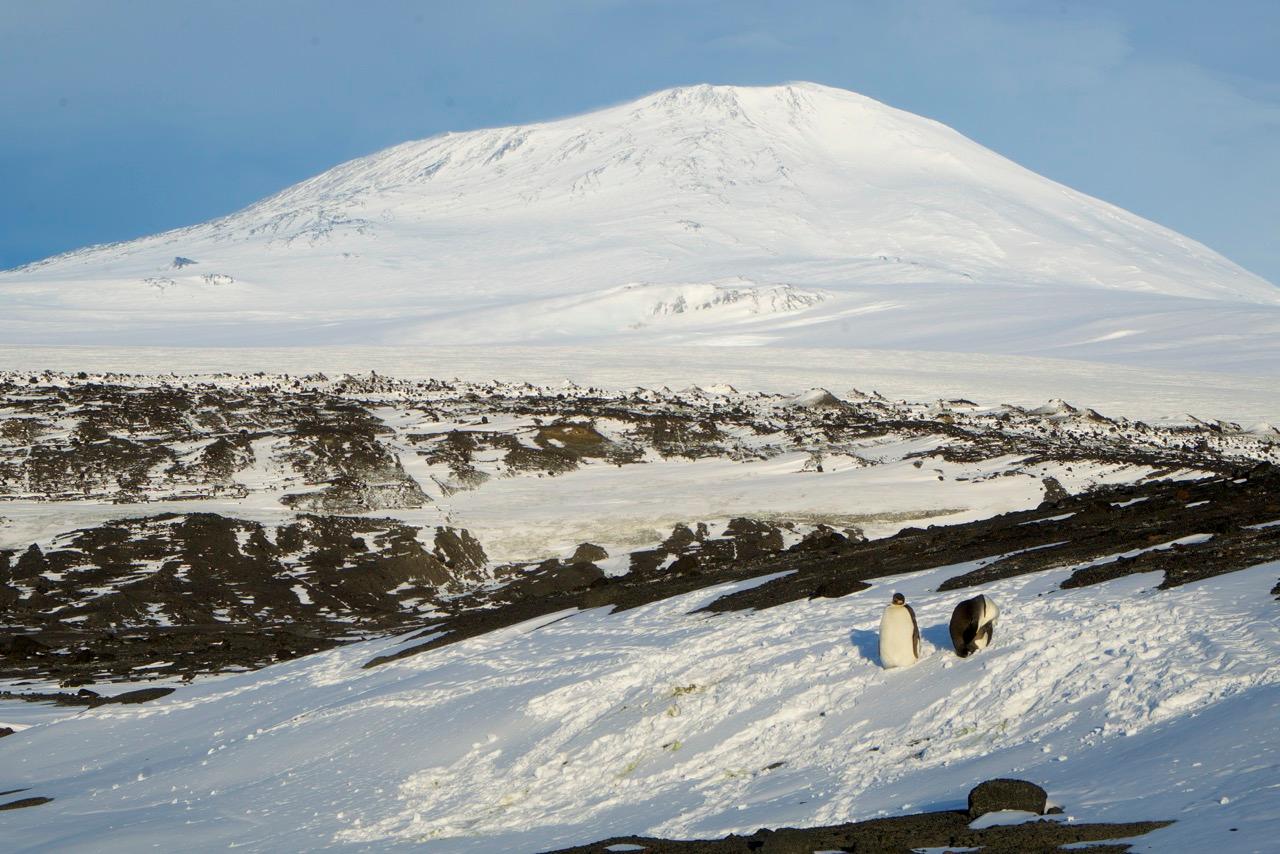 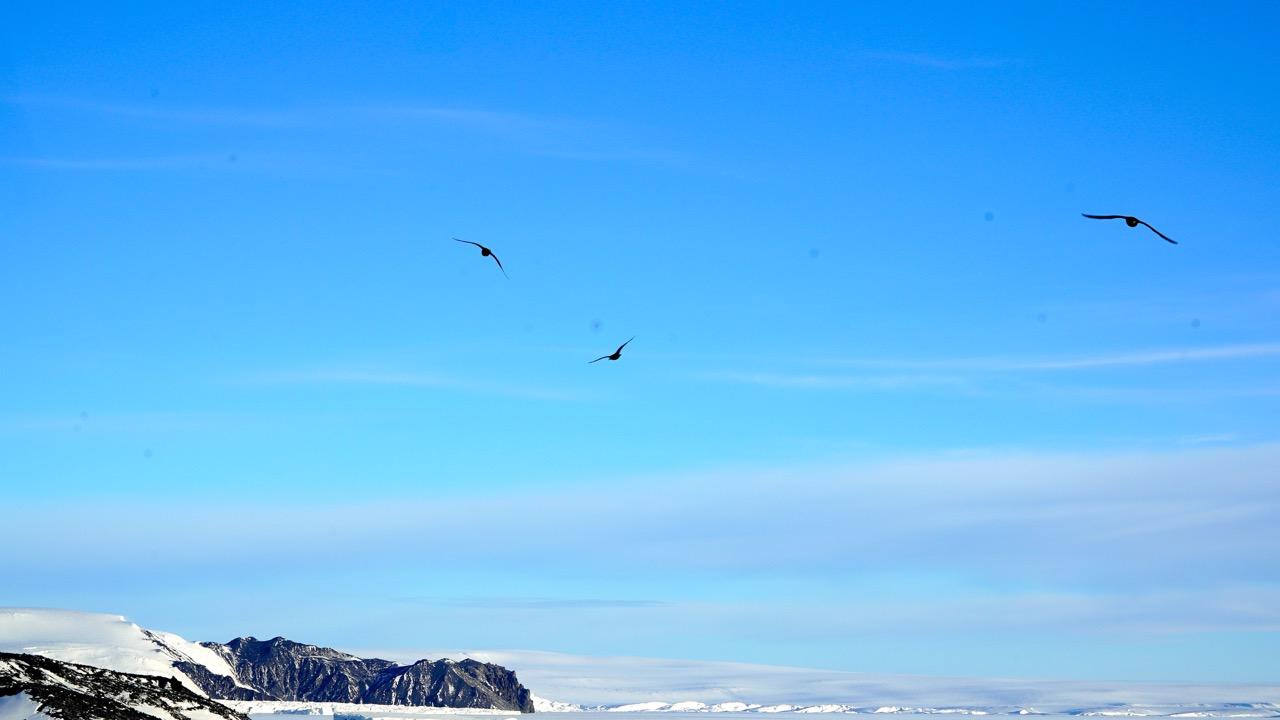 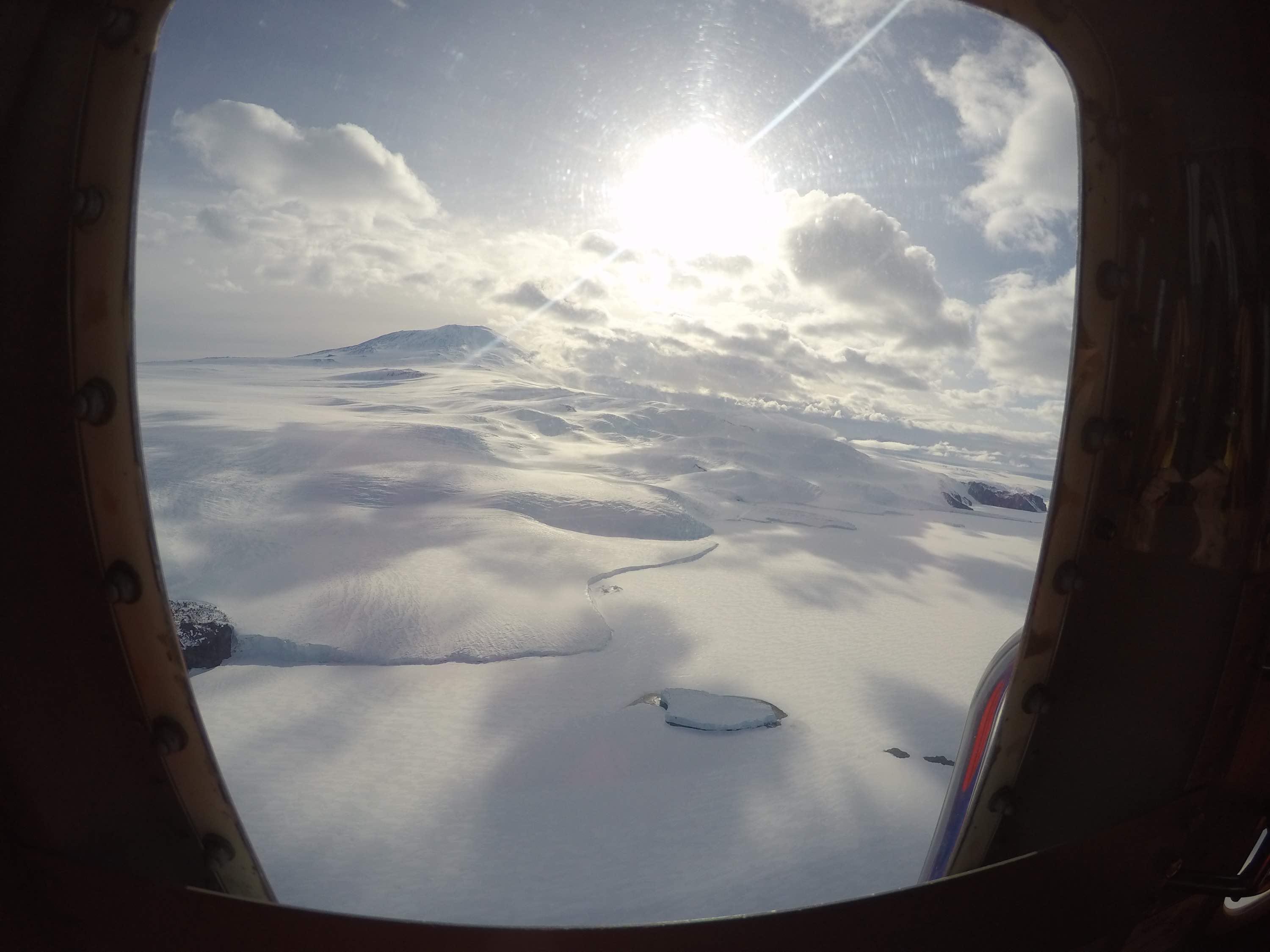 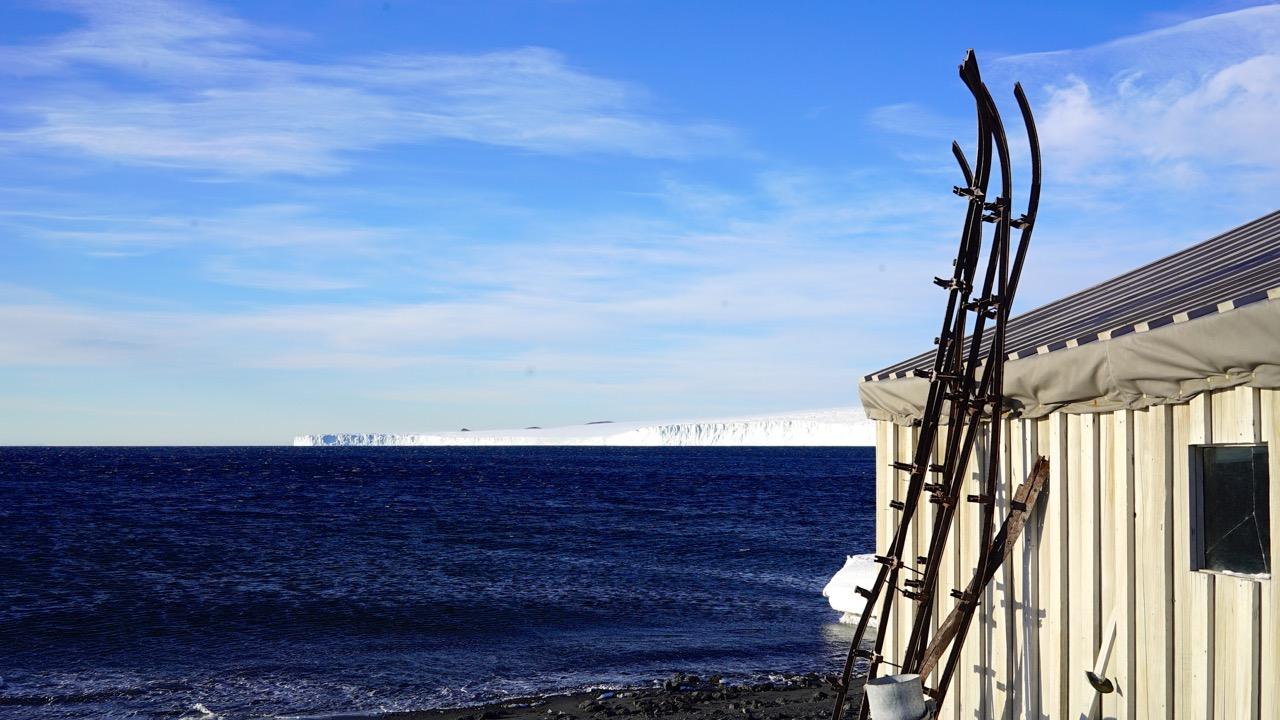 The documentary begins airing on Louisiana Public Broadcast this week, premiering Thursday, August 20th at 7 PM. You can find out more about An Enduring Legacy: Louisiana's Croatian Americans on LPB's website.

Director of the Film and Media Arts program, Dr. James V. Catano, recently wrote for The Advocate about the Croatian community in southeastern Louisiana and their resilience in the face of disaster. He has been filming a one-hour documentary about Louisiana's remarkable Croatians and is currently preparing it for broadcast. Stay tuned for more information regarding his documentary project.