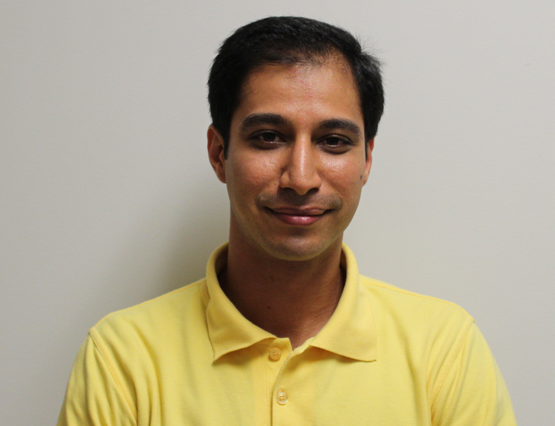 Mohammad Saghayezhian is a PhD candidate in the Department of Physics & Astronomy at LSU. His dissertation research focuses on the growth and characterization of thin films fabricated from complex materials using laser molecular beam epitaxy or pulsed laser deposition. The fast rate in miniaturization of electronic devices requires new devices that are smaller, more energy efficient and present more/new functionality. Transition metal oxides are a class of complex materials used in many electronic devices. Part of his research involves a class of materials that are half-metallic ferromagnets (e.g., La0.67Sr0.33MnO3) with a critical temperature well above room temperature. This property makes them ideal candidates for the next generation devices, such as spin valves, spin tunnel junctions, non-volatile memories, spin injectors, magnetic switches. The quality of these thin films is of prime importance as their functionality greatly depends on their structure and stoichiometry, any slight imperfection can cause deterioration of the device functionality and efficiency. Mohammad has utilized the X-ray diffractometer (XRD) at the SIF, proven critical to measure accurately the structure and quality of the thin films. Citation of this research was integral in the request for a four-bounce Ge monochromatic optic as part of the $60K upgrade to the XRD in 2016. The monochromator optic provides the ability to collect high-resolution X-ray diffraction (HRXRD) data, which provides Mohammad the ability to assess the epitaxial quality and simultaneously monitor the structural evolution of the thin films as a function of growth parameters. This enabled Mohammad to engineer the desired properties in the thin films. After ensuring that the thin films are in correct phase and structure using HRXRD, Mohammad measures the magnetic properties of the films using a superconducting quantum interference device (SQUID) at the SIF. Having both the structural and magnetic data for each thin film, has allowed Mohammad the capability to engineer and enhance functionality of these thin films.

Mohammad is currently working on several publications and finishing his dissertation. He expects to graduate in May 2017 with a Doctorate degree in Physics.