Growing up in the small fishing community of Point-aux-Chenes, La., Ryan Dardar found himself constantly tinkering with mechanical challenges or building projects.

When the time came to attend college, Dardar chose to start his college career at Louisiana Tech University in fear that LSU and its mechanical engineering program was too big for him. After one year of being away from his family and friends, he realized he would rather be closer to home and transferred to LSU. 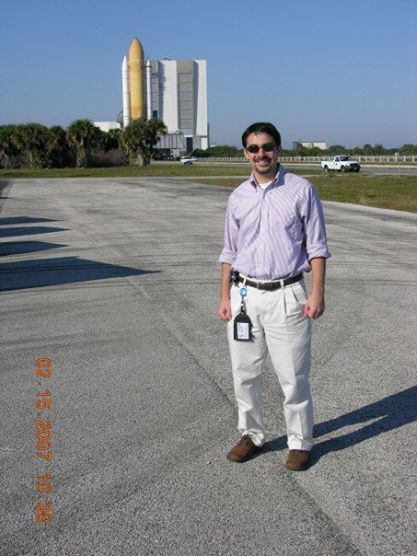 Dardar felt a strong affinity with LSU, joining the track team and LSU Tiger Band, while working on a degree in mechanical engineering. His knack for science and math and constant tinkering led him to the logical path of engineering. LSU’s program allowed Dardar to hone his natural engineering skills and prepared him for his career. “Another factor that appealed to me about the engineering field is that there is strong job security because engineers are always in demand,” he said.

Following his BS in mechanical engineering, Dardar received his Master’s Degree in Engineering Science from the University of New Orleans, earned his Professional Engineering (PE) licensure and has worked for Lockheed Martin for the past ten years. He has been involved on two major projects, the NASA External Tank (ET) for the Space Shuttle program, and his most recent endeavor, NASA’s Orion Multi-Purpose Vehicle Crew (MPCV).

Dardar contributed his ability to succeed in his current profession to the strength of LSU’s materials and mechanical/structural design classes in mechanical engineering. “Any advanced material strength/elasticity classes and programming/ data processing would be of great value to someone in this career,” he explained.

As a stress analyst lead for major structural parts of Orion’s crew module, Dardar is responsible for the foundation of the primary structure, the pressure vessel that will serve as the astronauts’ transportation and shelter during deep space missions. He examines every crevice of the spacecraft to determine what levels of stress it can handle throughout its entire spaceflight – from launch to landing and through the flight’s duration.

“My most memorable engineering experience to date was to see the Orion spacecraft come to fruition from the beginning and to know that I played a major part in its development, construction, and testing,” said Dardar. He also attended the final NASA Space Shuttle Endeavor launch in May 2011. Although both projects presented themselves differently, the challenges related to developing the Orion vehicle is named his favorite. “The development of Orion vehicle and its unique challenges force engineers to rethink and question some of our basic assumptions.

This creates a diverse environment which engineers are constantly learning and sharing new ways to apply engineering principles and theory. In some cases, we validate the original assumptions but in others develop new techniques to meet those challenges,” explained Dardar.

Though his years at LSU were concentrated on studying and working on projects, he enjoyed personal memories that endure. While a member of the Tiger Band, he witnessed the “Bluegrass Miracle” football game and the 2003 National Championship in New Orleans. He also met his wife of eight years, also a band member, and they now have two beautiful children. 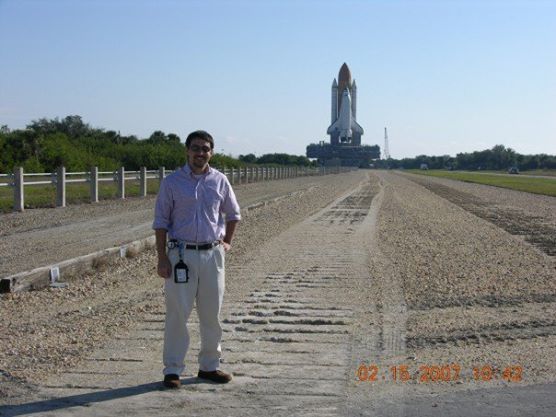