Austin Williams is a LSU junior in mechanical engineering, a Nashville native and an avid networker.

Last summer, Austin spent his time interning at Nissan and learning all about the automotive industry. He got his start with Nissan through a program called InRoads. 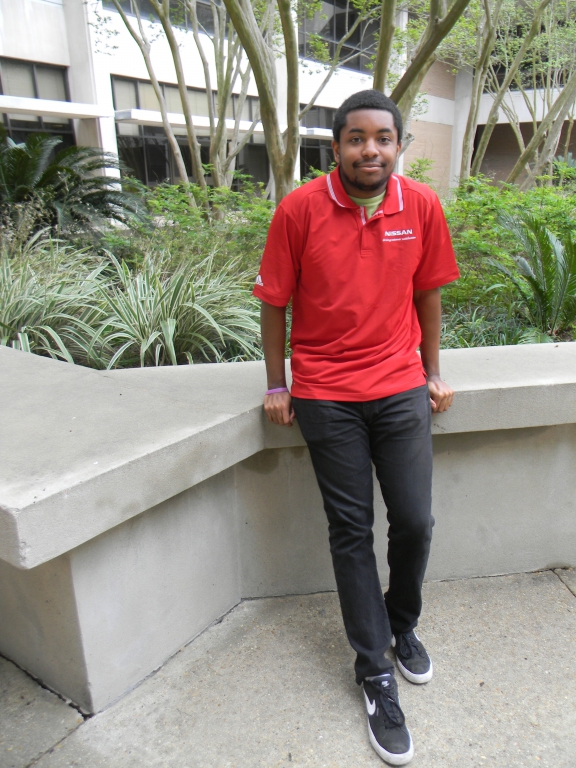 “It’s a minority program, pretty big throughout the country,” said Williams. “They find qualified minority students and pair you up with sponsoring companies to get internships.”

Austin began his internship journey at an InRoads meeting, where an InRoads alumni who worked at Nissan was the guest speaker.

“I met the guy, got his card, and talked to him a bit. I emailed him the next day and stayed in touch with him over the next two years.”

According to Austin, Nissan was not offering internships due to the recession during those two years. He still kept in contact with the Nissan employee, and it eventually paid off.

“Last spring, he told me that InRoads will be sponsored by Nissan again…and I waited to hear if Nissan hired me. They did.”

Austin described his internship experience as “great.” To him, his experience was different from any other internship because of the unique qualities Nissan offered him.

“You start the first day of orientation; it’s almost like you’re a new employee. It’s not like ‘Here are the papers you’re going to push this summer.’ I think that’s the (difference of) the Nissan internship experience.”

During his internship, he worked in field quality improvement, determining what was wrong with faulty parts.

“Once the dealer took the part out of your car, he wrote a report about what the problem was with the part. When something was specifically wrong, we would duplicate the situation and try to find the problem.”

Austin did not stop networking after he was hired for the internship. He saw the entire experience as a networking opportunity. While volunteering at a Nissan banquet, he met Bill Krueger, the senior vice president of manufacturing, purchasing and supply chain management of Nissan North America, Inc.

“Connections happen in the most unexpected ways. I said, “Hey, I just wanted to introduce myself. Then we talked about how Nissan sponsors the Heisman, and I love football. So then he asks me to come over and meet some people.”

Krueger introduced him to a woman in charge of the Nissan center in Michigan. They invited him to come visit the plant for a day, in a private jet.

“I did some work, met some people, and talked to some people. That was crazy.”

This summer Austin will be working at the plant in Michigan, and hopes to continue a career with Nissan after graduation. He suggests that interns should work like they are an employee, and they will get noticed.

“It’s just like taking pride in your work and doing it really well. Act like this is your job.”

“Whenever you’re an intern, everyone pretty much wants to help. A company wouldn’t have an internship program if they weren’t trying to advance people.”