Where the River Runs Through It

09/03/2019
BATON ROUGE — Six LSU students, led by LSU Department of Geography & Anthropology Assistant Professor Kory Konsoer, embarked on a 16-day field study trip, covering more than 5,000 miles and 12 different states, to explore the Mississippi River basin from the mouth to its headwaters this summer. The summer field course was intended to provide the undergraduate and graduate students the opportunity to see, experience and learn about the diverse geography and geology along the Mississippi River. 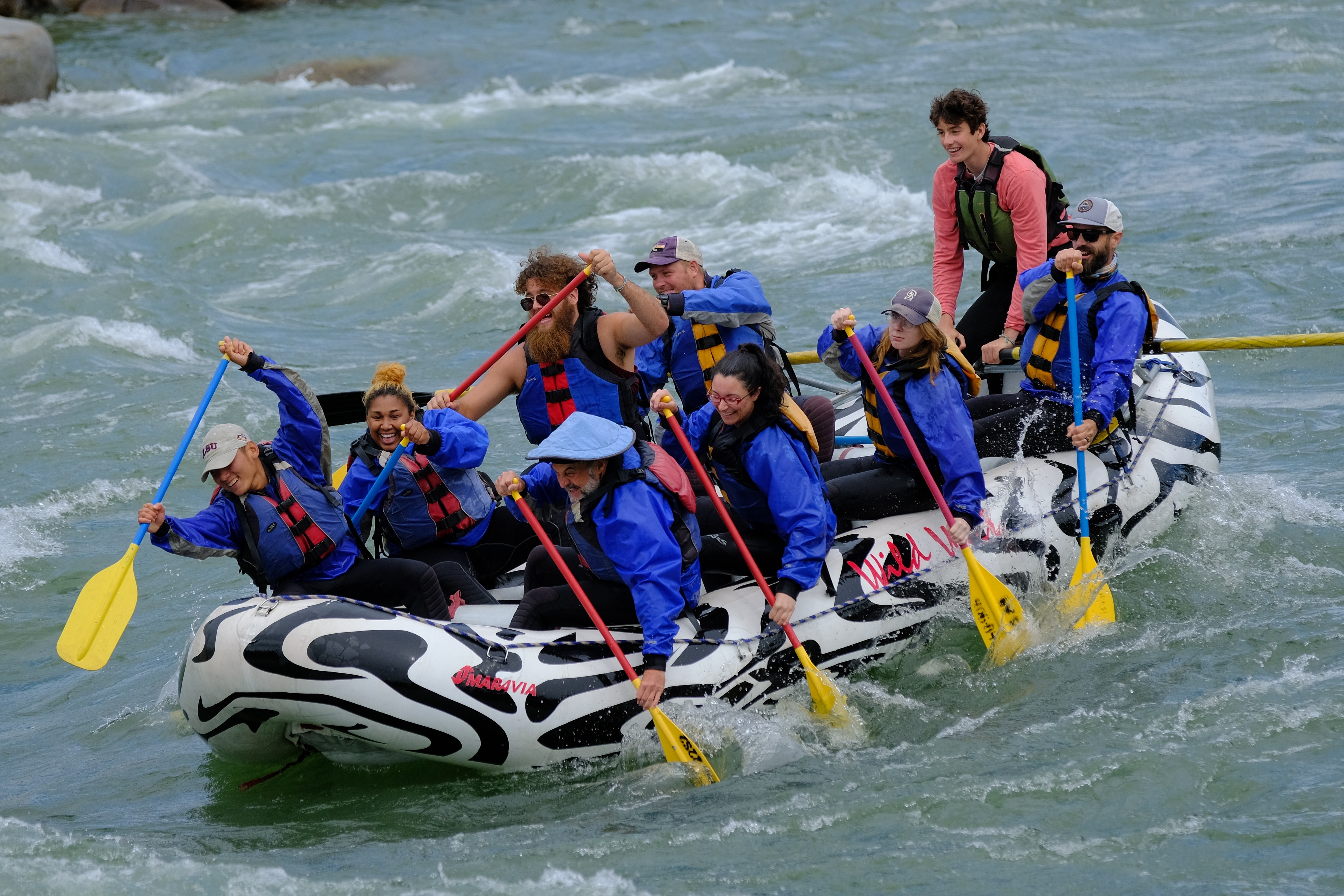 “The main goal is to help our students connect what they learn in the classroom to the real world by visiting different geomorphic settings from the flood plains to the mountains while also meeting with local and state agencies that are managing water resources and issues with flooding, irrigation and erosion. The students learned about the local issues and how they translate to us at the mouth of the Mississippi River,” Konsoer said.

The students who went on this trip were Kathleen Eubanks from New Orleans; Macy Linton from Memphis, Tennessee; Jon Oliver from Kelso, Washington; Phuc Phan from Baton Rouge; Charisma Lastrapes from Baton Rouge; and Hampton Peele from Laurinburg, North Carolina.

The group’s first stop after leaving Baton Rouge was Colorado Springs, Colorado and they continued to travel through Denver, Colorado; Billings, Montana; Rapid City, South Dakota; Omaha, Nebraska; Columbia, Missouri; and St. Louis, Missouri. While in Colorado, the class stayed at the LSU Charles Barney Geology Field Camp and visited Royal Gorge Park, a 1,250-foot-deep gorge cut by the Arkansas River. Linton, a senior geography major, said Colorado Springs was among one of her favorite stops on the trip.

“I immediately loved having access to the nearby stream and sleeping bunk-style in the cabins,” Linton said. “We had some great late night classroom sessions, explored the camp, met the camp mascot, Cooper, and went on exploratory hikes up and down the stream and around the camp.” 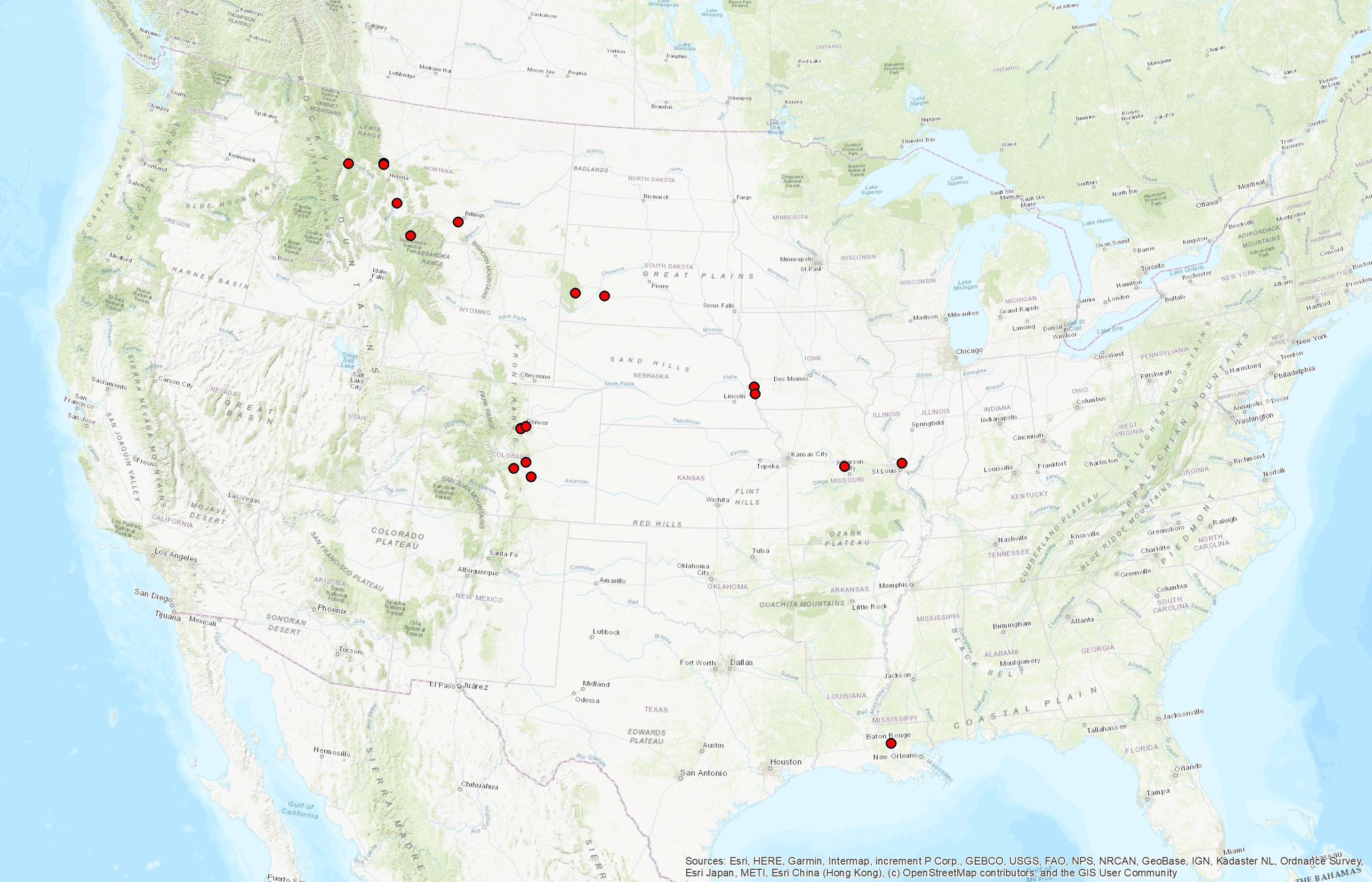 From there, the group traveled to Billings to meet with scientists from the Montana Natural Resource Damage Program and Montana Fish, Wildlife and Parks to discuss impacts from a 2011 oil spill in the Yellowstone River. Aboard boats, the students were able to see the program’s restoration and remediation efforts along the river firsthand.

Phan, who is studying disaster science management and sociology, said the trip introduced a different viewpoint for him.

“Being in the field helped changed my perspective by allowing me to have a closer personal connection with our environment and rivers. I now have way more respect and fascination for our rivers, environments, engineers, scientists, lawyers, researchers and so forth,” Phan said.

After whitewater rafting the Upper Yellowstone River and learning about Yellowstone National Park’s bedrock controlled valleys, channel morphology changes and alpine glaciation, the class drove to the starting point of the Missouri River near Helena.

The class, composed of three undergraduate and three graduate students, visited a superfund site outside Helena called the Upper Blackfoot Mining Complex, which has heavy amounts of contaminated sediment from mining. Konsoer said that this specific environmental problem does not occur in Louisiana.

The six LSU students stand at Rogers Pass at the continental divide with the Mississippi River on one side and the Pacific  on the other.  Photo Credit: Kory Konsoer, LSU

“We don’t have a lot of ore and mineral mining in Louisiana, so dealing with contaminated sediment is quite a different issue, so we learned how they deal with it both on-site and while building a new site that will become naturalized over decades to come,” he said.  “I know we have oil spills in Louisiana, but the oil spill in Billings constantly moves downstream. We learned about the challenges of how to treat contaminated oil as its continuously moving through the system. There’s a lot of damage to the ecosystem.”

Leaving Montana, the class traveled south and stopped at Badlands National Park in South Dakota before arriving in Columbia to learn about river management. The students met with U.S. Geological Survey, or USGS, professionals at the Columbia Environmental Research Center, who work over a large reach of the state, mostly monitoring the physical processes and biological effects on the river’s fish populations. The USGS staff took the students out on boats to see the river’s management, techniques for mapping channels and their approach to monitoring fish.

To wrap up the field study, the LSU students visited and met with staff at the National Great Rivers Research and Education Center at the confluence of the Missouri and Mississippi Rivers.

Linton said experiencing lessons in person in addition to the classroom makes a difference.

“Sitting in a classroom can sometimes make you feel alienated from the topics you’re studying, especially in Earth sciences, but being out in the field builds a relationship with your studies in a way that’s invaluable. Recognizing Earth processes out in the field made me more confident in the knowledge I gained in the classroom,” Linton said.

Konsoer said that he hopes this summer field course will be offered regularly in the future and will garner interest from students across disciplines.

“There’s something to be gained by everyone. Through these visits with state and federal agencies, students can expand their research and career interests, build their professional network for life after graduation and gain a better understanding of how their education and training relates to the real world,” he said.