LSU faculty and students critical in this groundbreaking discovery

BATON ROUGE – Today the 2017 Nobel Prize in Physics was awarded to the pioneering leaders of the Laser Interferometer Gravitational-wave Observatory, or LIGO, for the first detection of gravitational waves. The detection confirmed a major prediction of Albert Einstein's 1915 general theory of relativity and opens an unprecedented new window onto the cosmos.

Einstein predicted more than 100 years ago that gravitational waves, or ripples in the fabric of spacetime, would arrive at Earth from a cataclysmic event in the distant universe. The gravitational waves from two black holes colliding over a billion light years away were detected on Sept. 14, 2015, at 4:51 a.m. CST by the twin LIGO detectors, located in Livingston, La., and Hanford, Wash. The LIGO observatories are funded by the National Science Foundation, or NSF.

LSU Adjunct Professor and MIT Professor Emeritus Rainer Weiss and California Institute of Technology professor emeriti Kip Thorne and Barry Barish have been awarded this year’s Nobel Prize in Physics. One-half of the prize was awarded to Weiss and the other half is shared by Thorne and Barish. Weiss and Thorne are co-founders of the LIGO/VIRGO Collaboration. Barish led the final design stage, construction and commissioning of the LIGO interferometers in Livingston, La. and Hanford, Wash. 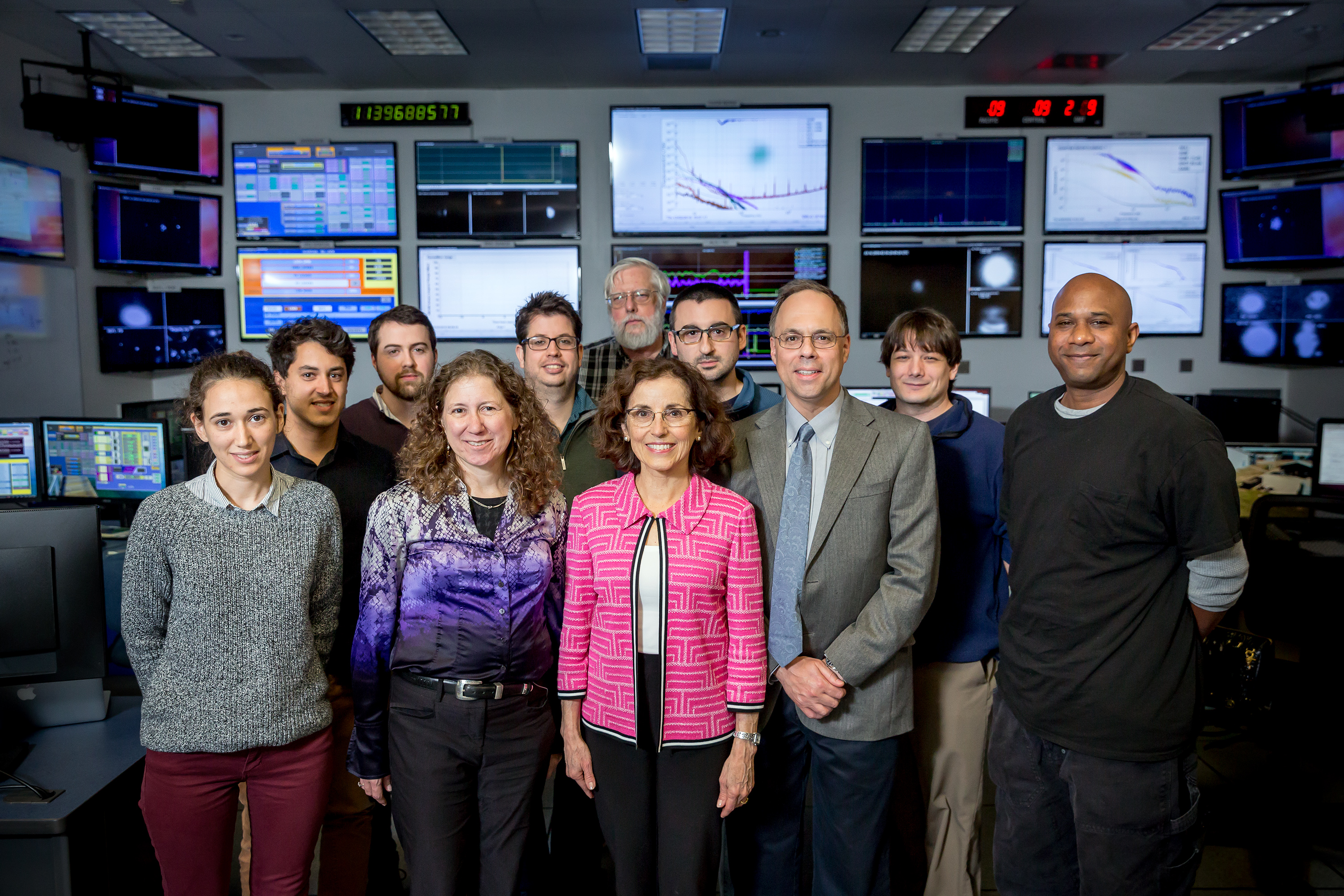 The LIGO Livingston observatory is located on LSU property, and LSU faculty, students and research staff are major contributors to the international LIGO Scientific Collaboration, or LSC. Gabriela González, LSU professor of physics and astronomy, is the former elected spokesperson, who led the LSC during the initial detection. Together with other leaders and founders of the LIGO effort, González made the official statements about the historic detection on Thursday, Feb. 11, 2016 at the National Press Club in Washington, D.C., before gathered national science press.

“It was an honor to be the LSC spokesperson during the momentous time of discovery,” González said. “We are thrilled for Rai, Kip and Barry to be named Nobel Laureates and are proud of the work done by the many people over many decades in the LSC to support and continue their vision.”

LSU’s investment in gravitational-wave detection spans more than four decades, and is among the longest of the institutions contributing to the present discovery. LSU faculty, students and scholars have had leading roles in the development of several generations of gravitational wave detectors, in their commissioning and operation as well as the collaborations formed. Today's recognition in the Nobel Prize in Physics is in part an outcome of LSU's long-term vision and commitment to high-risk, high-potential gain scientific research.

LSU’s pioneering role in this science began in 1970 with the arrival of William Hamilton, now professor emeritus, who along with Physics Professor Warren Johnson, built and operated previous-generation cryogenic bar gravitational wave detectors on campus for many years. Now, LSU Department of Physics & Astronomy Associate Professor Thomas Corbitt focuses his research on advanced quantum metrology techniques for a future detector. This represents more than 45 years of cutting-edge research, with state and institutional commitment, and long-standing multimillion dollar support from NSF producing educational opportunities for students and postdoctoral researchers, several of whom have gone on to professorial appointments around the world.

LSU’s campus is located 25 miles from LIGO Livingston in Baton Rouge. LSU has about 1,400 faculty; 31,000 students; and is classified by the Carnegie Foundation as “Doctoral/Research Universities-Extensive.” LSU is the only research university in the U.S. located close enough for students and faculty to engage in daily interactions with a LIGO observatory. LSU faculty and administrators, including Chancellor Emeritus James Wharton, led the effort to bring LIGO to Louisiana, and the university owns the land on which LIGO is operated.

“This is an exciting time for LSU and the College of Science. As scientists, we are in constant pursuit of more knowledge and understanding of our place in the universe. This discovery, 100 years in the making, is a leap forward in this pursuit,” said Cynthia Peterson, dean of the LSU College of Science and Seaola Arnaud and Richard Vernon Edwards Jr. Professor. “LIGO’s history-making work has given us new insight into our universe. We salute the LSU scientists who contributed to this discovery and all of the members of the LIGO scientific collaboration.”

The awarding of the Nobel Prize for the detection of gravitational waves represents an important endorsement of the sophisticated LIGO research initiatives led by the Nobel Laureates, and the new field of gravitational-wave astronomy. This is also a great recognition of all the contributors, which include LSU faculty, students and alumni.

This is the third year scientists from the LSU Department of Physics & Astronomy have been among the scientific research teams involved with the Nobel Prize in Physics.

In 2011, the Nobel Prize in Physics went to Saul Perlmutter for the observation of distant supernovas, with LSU Alumni Professor Bradley Schaefer as one of the workers and co-authors on the prize-winning paper. The key discovery was that these exploding stars, called type Ia supernovas, appear to be fainter than expected. This implies that the stars are farther away than previously thought, and that the expansion of the universe must be accelerating, not slowing down. This work also earned Schaefer a share of the 2007 Gruber Prize for Cosmology and a share of the 2015 Breakthrough Prize in Fundamental Physics.

In 2015, LSU Professor of Physics Thomas Kutter and his group of postdoctoral researchers were members of the Sudbury Neutrino Observatory, or SNO Collaboration, led by Nobel Prize recipient Arthur McDonald of Queens University in Canada, which made the key measurements by observing neutrinos from the Sun. The Nobel Prize was awarded for the fundamental discovery of neutrino oscillations and properties.