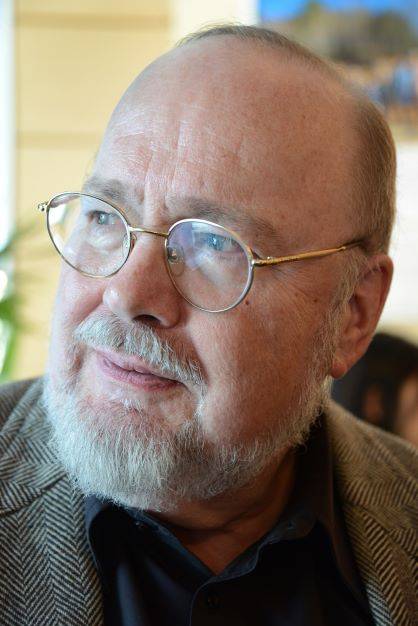 Princeton history grad Brad Martin was a law student at Emory when, believing the glowingly positive accounts of the Indochina War that he’d been reading in leading newsweeklies, he decided to join the war effort. Persuaded to do so as a civilian – not as a Green Beret, as originally planned – he joined the Peace Corps and was posted to Thailand. He quickly learned enough to realize he’d been duped: The war was hopeless. Angry, he vowed that he would “become a foreign correspondent and get the story right!”

Starting his news career as police, race and poverty reporter on the Charlotte Observer (which nominated him for a Pulitzer), Brad moved on to Baltimore. The Sun dispatched him to Japan and then moved him to New Delhi and Beijing (likewise nominating him for a Pulitzer). By the time his five-year Asia tour ended, he was hooked too badly to want to return stateside so he jumped to the Wall Street Journal’s Asian edition as Tokyo bureau chief. Tours with Newsweek and other news organizations followed.

In 2003, Brad was invited to LSU as visiting professor and Manship chair in journalism. In 2004, still at the school, he finished "Under the Loving Care of the Fatherly Leader: North Korea and the Kim Dynasty," which won an Asia-Pacific Special Book Prize. In 2005 he returned to Asia to work for Bloomberg News.

Now back in Baton Rouge, Brad works – remotely – as associate editor of Asia Times while teaching as an adjunct in the Manship School. Learn more about Martin: https://greatleaderbooks.com/.