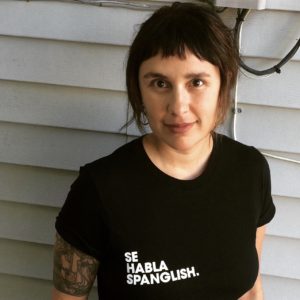 Mariajosé Bosanko is currently a third-year Ph.D. student in Communication Sciences and Disorders. She has an MA in Language Literacy and Sociocultural Studies with an emphasis in Bilingual Education from The University of New Mexico and an MA in Communication Sciences and Disorders from LSU. Additionally, she works as a speech-language pathologist for East Baton Rouge Parish School System. Mariajosé is originally from Mexico City. Her research interest include: simultaneous and sequential bilingual language development, child speech and language disorders within bilingual and second language learning contexts, and evaluation of speech and language assessment tools when working with bilingual individuals and speakers of Spanish-influenced English 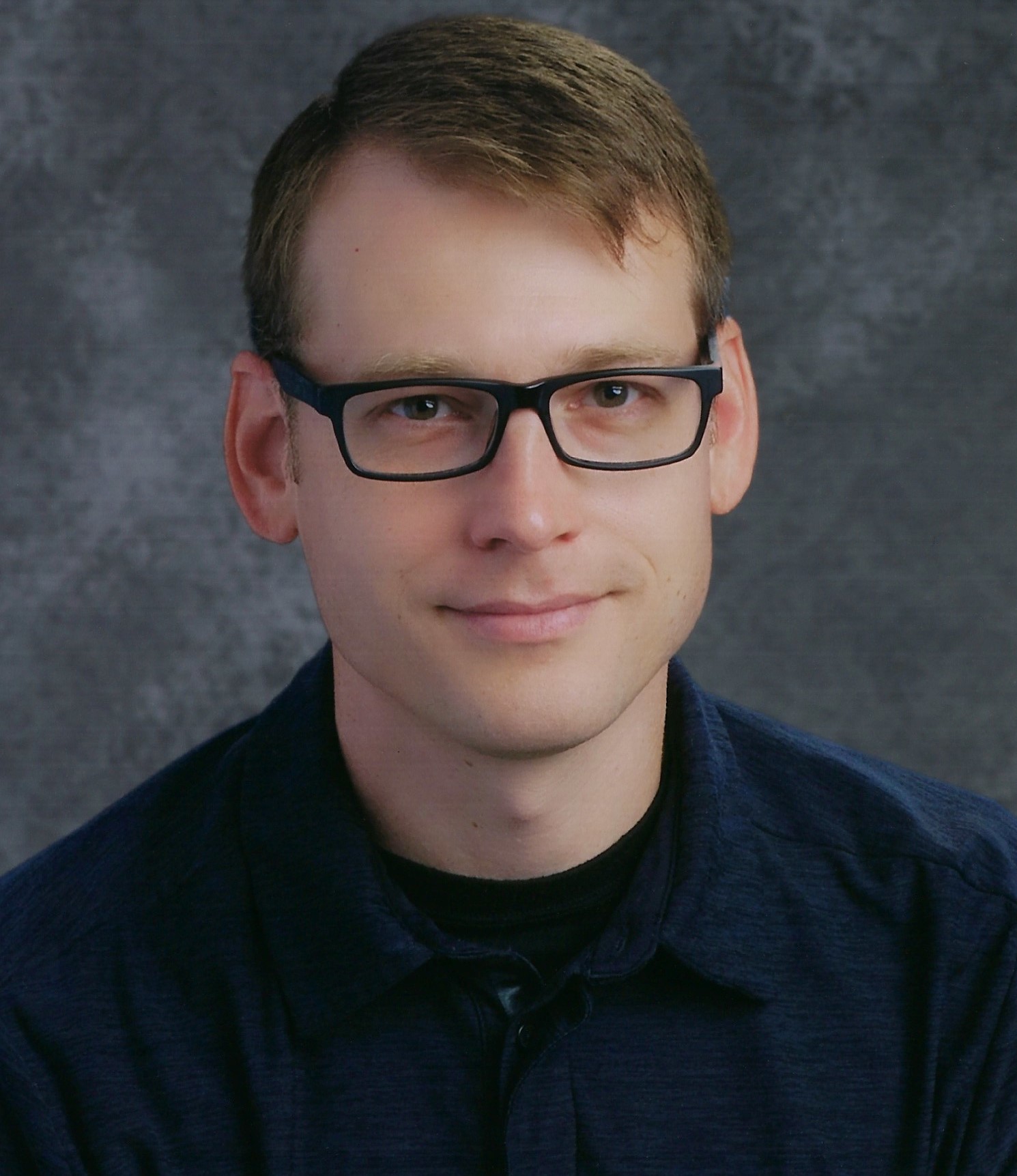 Adam Hogan is a first-year doctoral student (Fall 2021) studying under Dr. Hyunju Chung and serving as a research assistant in the Child Speech Lab. He earned his MA in Communication Sciences and Disorders from Louisiana State University in 2004, after which he worked as a school-based speech-language pathologist for sixteen years before returning to LSU. During this time, Adam was a member of the assistive technology support teams in Baton Rouge, Louisiana, and Kingwood, Texas; evaluated and treated children with complex communication needs in preschool through high school; and spent the last three years of his clinical career at a kindergarten campus in Zachary, Louisiana. His research interests include L2 phonological acquisition; ankyloglossia; speech perception among trained & untrained listeners; & the relationship of speech perception to speech production, reading, and writing. 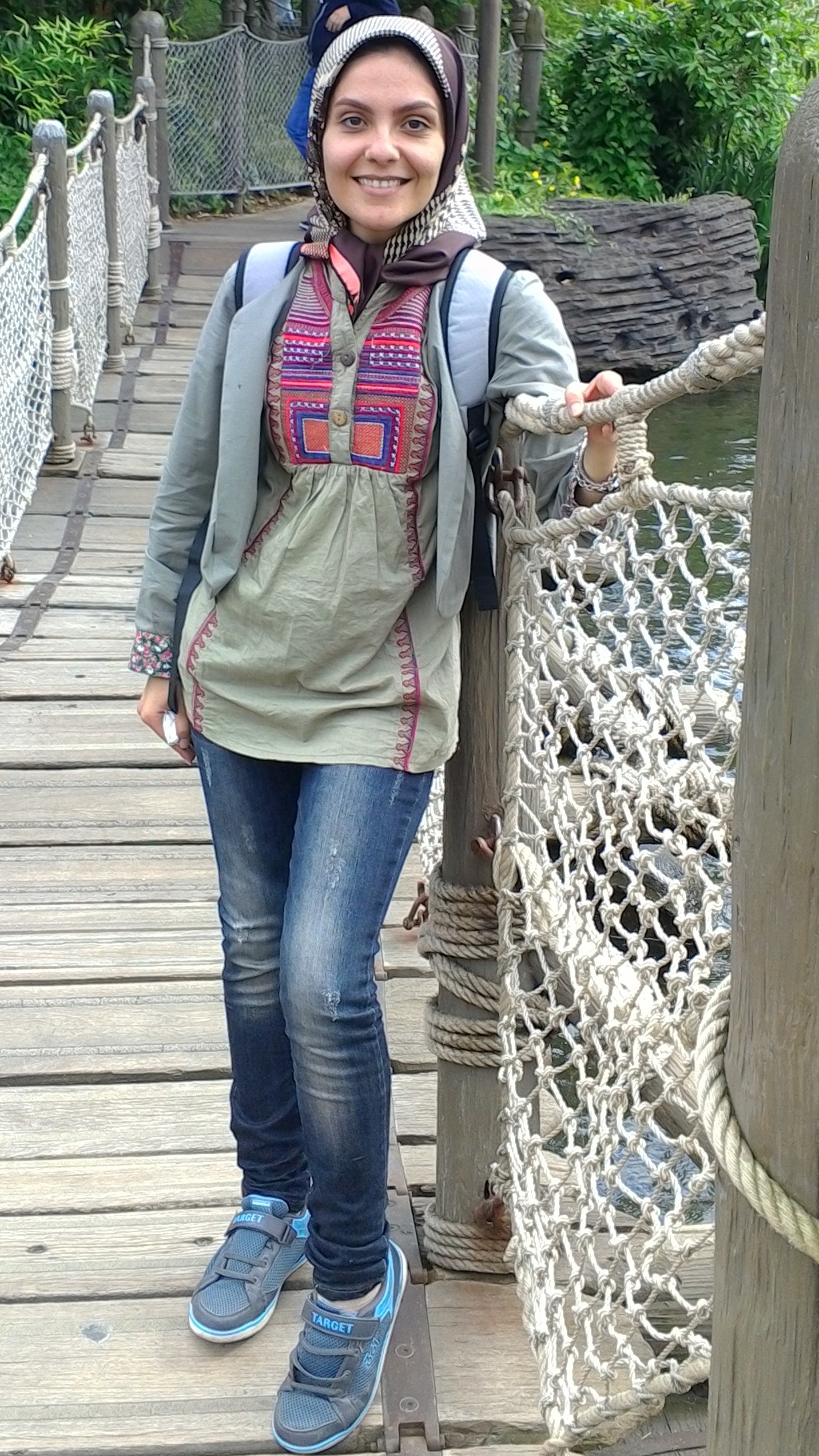 Tahmineh Maleki graduated from her master's program in 2019 in Speech Therapy with an emphasis in the assessment of children with developmental language disorders (DLD) from Isfahan University of Medical Sciences.  Additionally, she worked as a speech-language pathologist for more than 5 years after she graduated from her bachelor program in 2015 with Persian speaker school and pre-school age children. Tahmineh is originally from Iran. Her research interests are child language development and disorders empowered by such a strong study framework as evidence-based practice, late talker's children, and early acquisition and intervention. 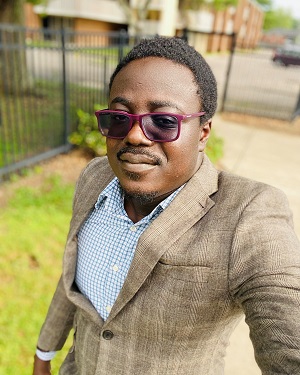 Kwaku Nyantakyi is a first-year (Spring 2021) doctoral student in the Department of Communication Sciences and Disorders at Louisiana State University, under the supervision of Dr. Janna Oetting. Kwaku graduated from the University of Ghana with a BA in geography and linguistics in 2017. After his Bachelor’s degree, he worked for one year as a teaching and research assistant at the University of Ghana, Department of Linguistics. He completed his  MSC  in speech and language therapy also from the University of Ghana in 2020. Kwaku’s research interest is in language processing in bilingual children with dyslexia and specific language impairment. He is currently in charge of assisting his mentor with research work, teaching lab courses in the D4 Child Language Lab, as well as tutoring the Introduction to Language course. 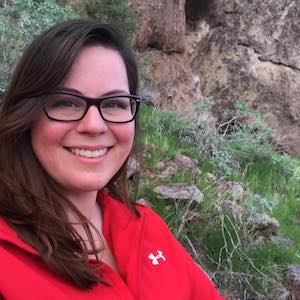 Deirdre Larsen is a fourth-year doctoral student in the Department of Communication Disorders at Louisiana State University under the mentorship of Dr. Melda Kunduk. She earned a Bachelor of Science degree in 2014 from the University of Montevallo and a Master of Arts degree in 2017 from Louisiana State University. Deirdre is a certified clinician providing service to adults with voice and swallowing disorders at the Our lady of the Lake Voice Center. She previously evaluated resonance and speech sound production in children at the Our Lady of the Lake Cleft and Craniofacial Clinic. Deirdre’s research focuses on the health and disease of individuals with swallowing disorders. Current research includes optimization of treatment outcomes in head and neck cancer patients by relating radiation toxicities, patient characteristics, and physiological and functional outcomes in swallowing, taste, and cough. Deirdre is also the primary instructor for Introduction to Communication Disorders (COMD 2081). 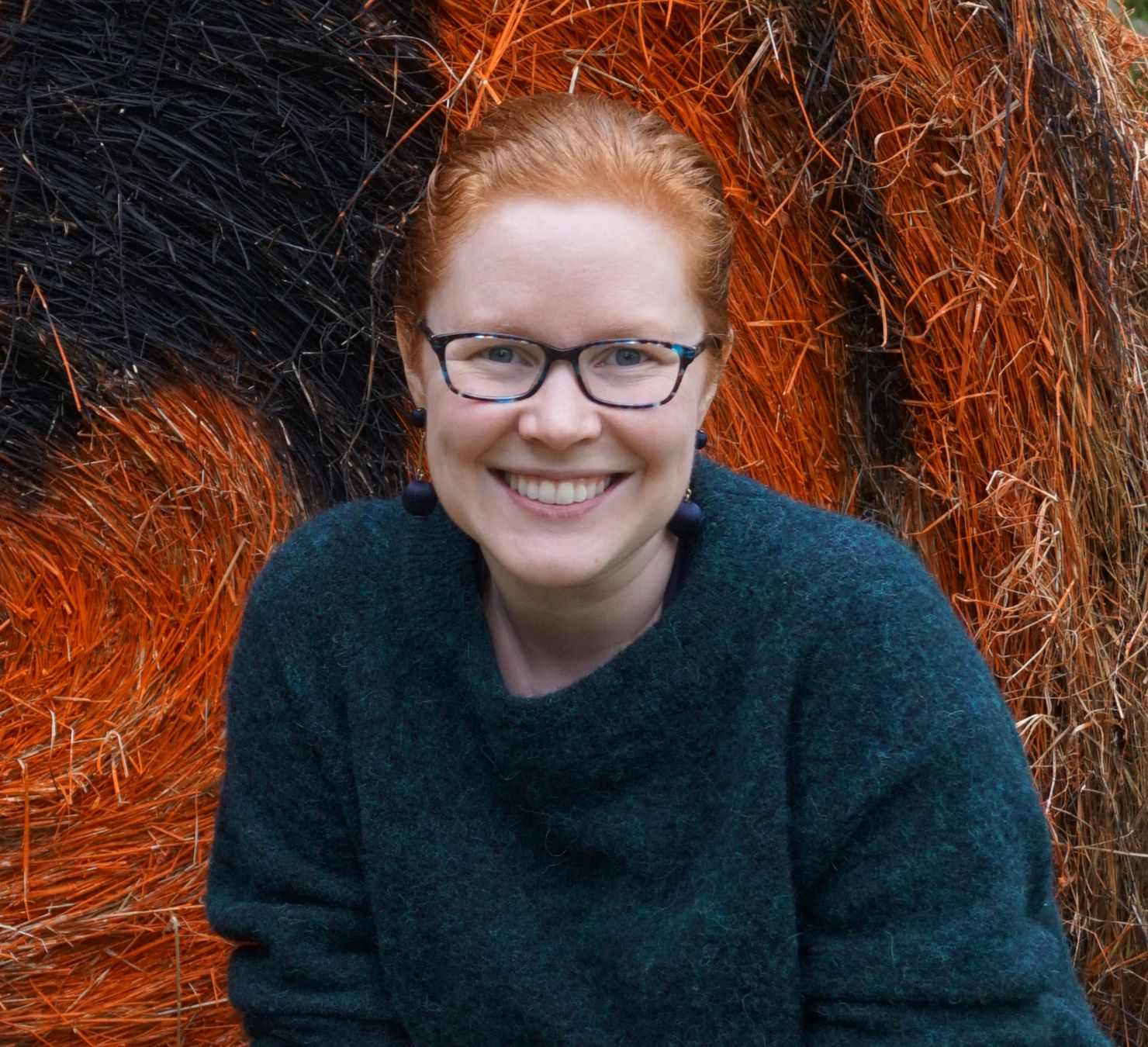 Lindsey A. Parker is a fifth-year doctoral candidate in the Department of Communication Sciences and Disorders at Louisiana State University under the mentorship of Dr. Melda Kunduk. Through interdisciplinary collaboration with the Laryngeal Imaging Lab and Our Lady of the Lake Voice Center, her research investigates multi-dimensional voice outcome measures and their clinical applications. This research has included differential diagnosis for essential voice tremor and adductor spasmodic dysphonia using laryngeal high-speed videoendoscopy, the clinical value of quantitative timing, and spatial parameters evaluating dysphagia risk from MBSS for head and neck cancer patients, and voice outcomes following repeated surgeries for recurrent respiratory papillomatosis. Lindsey graduated cum laude from Northwestern University with a BA in English Literature, and she received a MA in Communication Sciences and Disorders from LSU in 2015. She received the Certificate of Clinical Competence from the American Speech-Language Hearing Association in 2018 and works with a diverse patient population of voice disorders, dysphagia, and head and neck cancer at Our Lady of the Lake Voice Center. Lindsey has been an instructor for Introduction to Language, COMD Goes to the Movies, and Clinical Observation. 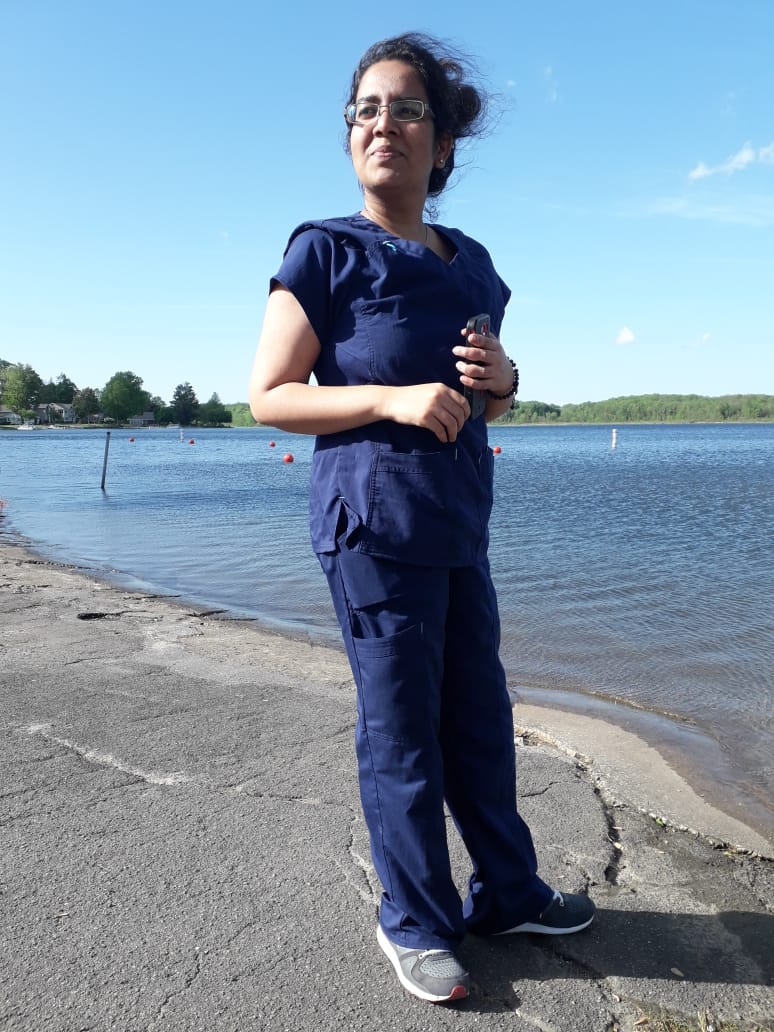 Aswathy Anakkathil Pradeep is a second-year (Spring 2020) doctoral student in the Department of Communication Sciences and Disorders at Louisiana State University, supervised by Dr. Susan Duncan. Aswathy completed her MA in Speech-Language Pathology from Edinboro University of Pennsylvania (2019) and her Bachelor’s degree in Audiology and Speech-Language Pathology from Manipal University, India (2017). She is interested in neuro-communication disorders and associated treatment in adults, and her research focuses on transcranial direct current stimulation and treatment of individuals with aphasia. Aswathy hails from the verdant state of Kerala, in the south of India. 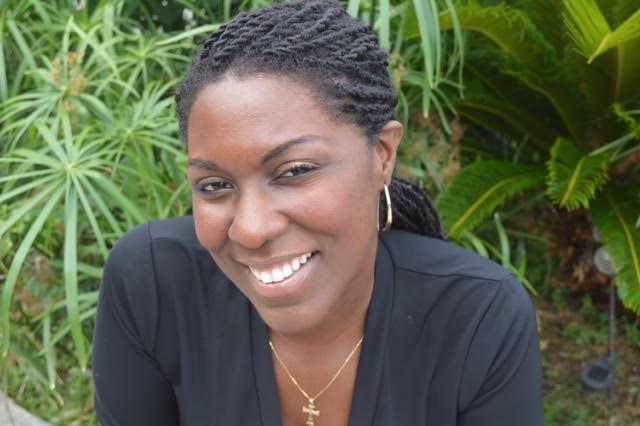 Lori E. Vaughn is a fourth-year doctoral student in the Department of Communication Sciences and Disorders at Louisiana State University. She earned a Bachelor of Arts degree in Speech and Language Pathology and Foreign Language: Spanish from the University of Southern Mississippi and a Master of Arts degree in Communication Sciences and Disorders with an emphasis in Hispanic culture from Temple University. Lori received the Certificate of Clinical Competence from the American Speech-Language-Hearing Association in 2008 and has worked extensively as a clinical therapist and statewide evaluator for culturally and linguistically diverse groups of children, aged birth to three years, receiving early intervention. She opened Speech By Design, LLC in 2008 to provide speech and language services to children identified under the Louisiana Department of Health and Hospitals. Lori also has worked as an adjunct instructor at Xavier University of Louisiana in the Department of Speech-Language Pathology. She is currently pursuing her doctorate under the mentorship of Dr. Janna B. Oetting. Primary research interests include child language development and disorders in dialect and culturally diverse populations. Research aims focus on early identification and assessment of young children with speech and language disorders and the reduction of health disparities through improved speech and language services for families from minority backgrounds. She has presented at regional conferences (SECOL ’17) and national conferences (NBASLH ’17) and (SRCLD ’18). Lori is an instructor of LSU’s Children’s Language Development Computer Lab (COMD 4380). She is also a research assistant within the Language Development and Disorders Lab.